I spend a lot of time roaming around Statistics Canada’s website and data.  In fact, it is critical to my consulting practice (thanks guys!).  However, occasionally they do make mistakes.  I have found instances where the data seemed a little strange – particularly in obscure and rarely used datasets – and was told after contacting the folks at Statistics Canada that the data was inaccurate.

The one time I am happy they were wrong is with the population forecasts (although technically this isn’t an error, just a projection model that didn’t anticipate the province’s significant new focus on immigration).

The following chart shows the nine different population projections for 2020 and they are all wrong.  New Brunswick’s population growth was nearly 4,000 more than the most optimistic scenario released in 2017. 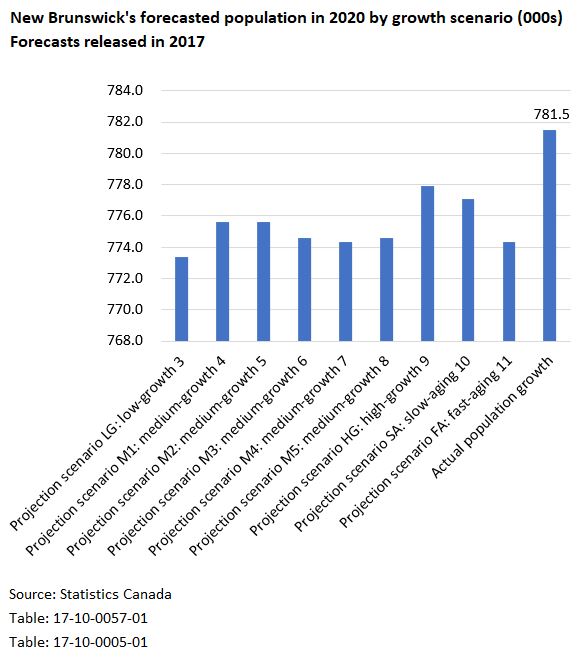 If you project out the actual population growth in New Brunswick since 2016 (and the population growth strategy that I worked on while in government, ahem) through 2040 you get to 888,000 population within two decades – again well above any of the many projection scenarios put out there by Statistics Canada. 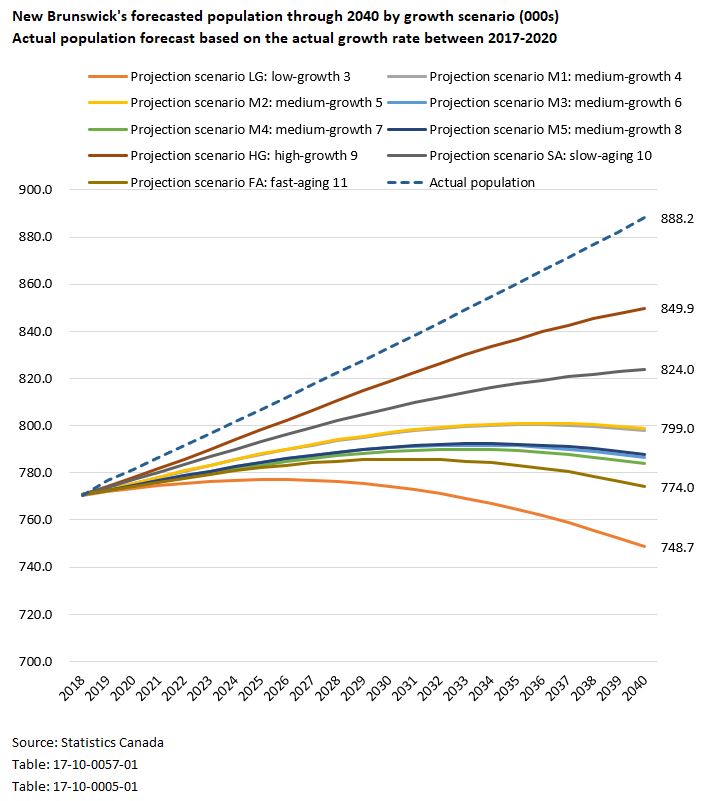 Of course, I’m greedy.  I want population growth to be even faster in the coming years.  I don’t believe the current growth rate will be enough to ensure we have the working age population to address both workforce replacement and growth demand so I want a population growth rate of 1.3% (only a little over double the recent rate but we are moving in the right direction).

If we get to where I’d like to see us go, we would have one million folks living in NB by 2040.

And we will have a strong economy, vibrant local communities and sustainable public finances and – we will all live happily ever after. 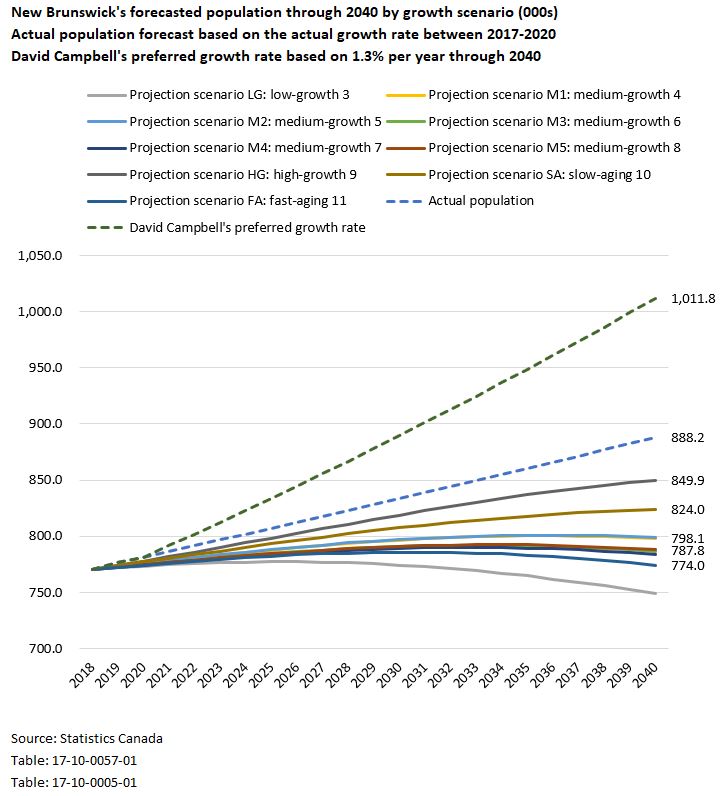 1 thought on “Population growth: The one time I’m glad Statistics Canada got it wrong”