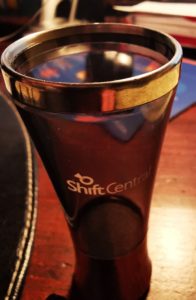 I used to say there are two kinds of entrepreneurs: a) someone with an idea who becomes an entrepreneur or b) an entrepreneur who goes out and finds a good idea. My former boss at ShiftCentral, Mario Theriault, was the latter. I am convinced he would have been successful if he had gotten into the chair manufacturing business.  He had (has) the soul of an entrepreneur.   Cashed out his RRSPs, built a swanky office spent a year pursuing an idea with no market – lost a pile of cash – pivoted – and build a very successful market intelligence company that was bought out by an LA-based firm.

Wes Armour was the former.  His dad started a small trucking company and Wes took it over at the tender age of 22 building it into a company that had over 2,000 employees in 2017, 26 terminals and over 700,000 square feet of warehousing space.

Now Armour Transport will be run out of Cape Breton as the company was sold last week to Seaboard Transport.

Entrepreneurs such as Theriault and Armour are key to a successful and dynamic economy.  There are lots of national and international firms (think Costco, Walmart, Pizza Hut, Amazon) present in most urban centres of any size and there are a large number of tiny, mom and pop type shops catering to the local market only (pizza restaurants, niche retailers, consulting companies, accountants, etc.).  But the Armours and Theriaults – entrepreneurs who build national or international businesses out of the local community are critical to long term economic development.

A hundred years ago, firms such as ShiftCentral or Armour Transport might have been passed down to the next generation but that doesn’t seem to happen as much any more.  And, as I have said many times before, I am not critical of entrepreneurs who sell their business at some point to monetize their years of effort.

But, consistent with my 1.5 principle, for every entrepreneur that sells out, we need 1.5 to take their place.   There are some firms in New Brunswick after an acquisition that thrive for many more years but there are also a lot that are bought up and closed or severely downsized within a few years.  Take the example of the dairy product manufacturing sector.  It wasn’t that long ago I was pushing for an effort to expand that industry in New Brunswick – taking on new products, expanding into export markets – our friends in Quebec who bought up the industry – have shrunk the workforce around the province from 500+ direct workers in the 1990s to less than 200 in 2019.  The good news is the workers who are left are making more money but….

Then there was Hub Meat Packers.   I don’t want to re-litigate the Maple Leaf acquisition on these pages as we have many times before but suffice it to say that jobs in the meat product sector in New Brunswick dropped steadily from between 800-900 in the 1990s to less than 400 in 2007 but actually have rebounded since then and even with the little dip after Maple Leaf finally closed the Moncton plant in 2014 total employment province wide rose again to 900 by 2014.  It’s down on a downward trajectory.

So, a tip of the hat to all the entrepreneurs who built up their businesses to a point there were attractive to an external buyer and were able to monetize all the value they put in over the years.  For every Armour or Theriault or Alston or LeBrun there have been dozens who were unable to monetize their effort even though they put in as much time and effort over the years.

Now we need a new generation to step up.  I asked a couple of friends recently who have senior roles in the business community to name for me a few entrepreneurs under the age of 40 who are building companies with revenue of $20 million, $50 million, $100 million more more in the Maritimes.  One named a couple of entrepreneurs in Nova Scotia.  None came to mind for them in New Brunswick.

1 thought on “A tip of the hat to entrepreneurship: Where is the next Wes Armour?”