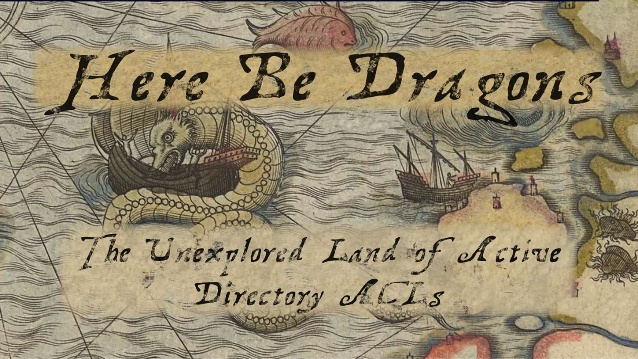 In the last few months I have been thinking more about the longer term in New Brunswick.  By the longer term I am talking about after 2040.  This actually doesn’t seem that ‘long term’ given that many of us were active in our careers 20 and even 30 years ago.

In discussions with some of the top thinkers on this there is a mostly a bleak view of post 2040.  Some think that places like Moncton and Fredericton – on the TCH – will likely be okay but the rest of the province there is greater concern.  Woodstock, Neguac, Campbellton and Sussex – in their minds – it’s hard to position them as viable after 2040.

There are concerns that fall into several buckets:

Demographics – there is a view among some that we will not be able to fully address our demographic challenge.  They argue that we will not be able to attract and retain enough immigrants and that few will want to stay and work ‘lower wage’ jobs here – so wages will rise to and likely above the national level fundamentally resetting what type of economic development could occur.  We will lose most of our export-focused jobs (except those related to the exploitation of a resource) and the economy will wane.

Industries – the concern is that technological change will kill off many of our export-focused industries or at least the jobs associated with those industries.  Take the Moncton CMA as an example.  While the AI/automation/robotics revolution will not have a massive impact in the next 3-5 years most believe by 2040 it will have had a profound impact.  Driverless vehicles means the potential loss of 4,000+ jobs just in the southeastern region (truckers, taxi drivers, delivery drivers).  Robotics means a loss of 1,000 jobs in warehousing.  AI means that 8,000 administration jobs could be gone.  The nearly 19,000 employed in trade (wholesale and retail) – could be replaced by fully automated trade systems.  Most of the 9,000 manufacturing jobs could be gone – maybe 90% replaced by machines with the only humans being Homer Simpson.  Most restaurant and hotel jobs might be automated as well but that is harder by 2040.

In short, in this technology apocalypse the only ‘jobs’ left would be those that cannot be automated meaning dog groomers (although that is likely coming), home care workers and doctors.

Government – there is some view that Atlantic Canada’s place in the confederation will be substantially weakened by 2040 – as a result of being diminished in terms of population and economy relative to the country overall and because the next 20 years will require Ottawa to focus on western Canada even as it tries to shore up our competitive place in the world (translation: focusing on Toronto, Montreal and Vancouver).

Over my coming up on 30 year career so far I realize I am not a pessimist – in general.  I look at a video produced in the 1950s talking about Woodstock and all its economic strengths, I seem the efforts underway now to attract population to Woodstock and it seems to me that Woodstock will be a going concern in 2040 and likely even in 2100.  There could be apocalyptic things coming that might change this but if I was a betting man I would say New Brunswick and most of its communities are going to ‘survive’.

But that doesn’t mean we don’t need an urgent focus now on population renewal.  In the very short term we want newcomers to find jobs aligned with their skills and interests but what we really want is them to put down roots here and then steer into the skid just like everyone else.  As technology changes certain industries, others will emerge.  In my opinion we could have a lot more farmers by 2040 – maybe not as many farm labourers -but lots of owners.  We could carve off our piece of the high tech labour market that will remain post 2040.  And of course we will need all those workers to service the elderly boomers most of whom will be well into their 80s and 90s by then.

Who knows?  Maybe Keynes’ prediction of a 10 or 20 hour work week will come along.

All I know is that communities are made up of people not machines and in 20 years I think the goal for Woodstock would be to have a lower median age in 2040 than it does today.  For this to happen, we need to bring in lots of young families to rebalance the population.  Yes it is very important in the short term to ensure these folks have jobs or own businesses.  Yes it is very important to ensure that our main industries are adapting to technological change (so the economic activity in whatever form stays here).  Yes we need to be fostering a whole new generation of entrepreneurs to build new industries for the next 20-30 years.

And, yes, I share some of the pessimism around the federal government.  Politics in the end is a game of votes (with some documents and institutions as a long term check on the mob). It is conceivable that federal equalization could start to drop significantly as a share of GNB’s budget within the next two decades.  It is possible that federal interest in economic development down here could wane even more (I have shown data in the past related to the already significant decline in federal funding for economic development in this region as a share of the national budget).

But we need the feds continue to broaden access to international migration here.  To make it even easier to settle in this region.  In many countries around the world the national government provides incentives for immigrants to settle in places like New Brunswick.  I would argue that across the board it is still easier to immigrant into Canada’s largest cities (with some exceptions).

And we need the federal government to view Atlantic Canada as a growth region over the next 20 years. If they get it in their heads collectively that the region is in a long term decline they will continue to ratchet up funding for public service delivery (e.g. health care, home care, etc.) and ratchet down funding for economic development (ACOA, R&D, etc.).  We need a full partner in the economic development of this region.

In the end, no one knows.  Maybe there will be war.  Maybe pandemics.  Maybe broad upheaval that will hold back progress.

But we have to proceed as if we are moving towards the broad, sunlit uplands.  A dark pessimistic vision of New Brunswick’s future serves no one.

Let’s use the clearly identifiable risks as challenges to be overcome.

Let’s leave this region better off than we found it.

1 thought on “After 2040 in New Brunswick: There be dragons”