Until recently there were around 30,000 people in New Brunswick with their jobs supported using the CEWS program and a similar amount collecting the CERB benefit.  A modified CEWS was continued into next year and the CERB has become an enhanced EI benefit. Take a look at what happened to the EI claimant pool after CERB: 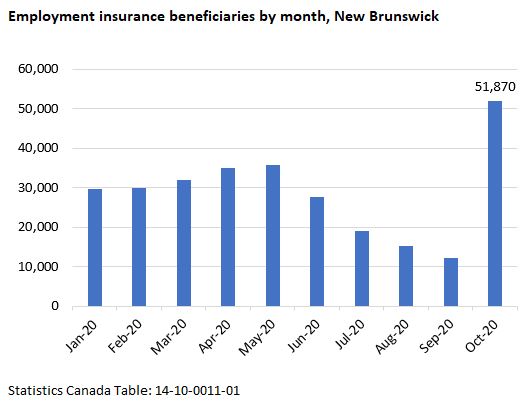 It’s a pretty good indication that we still have a way to go.  The following chart shows it by October each year and confirms a 20,000+ jump over the average in recent years. 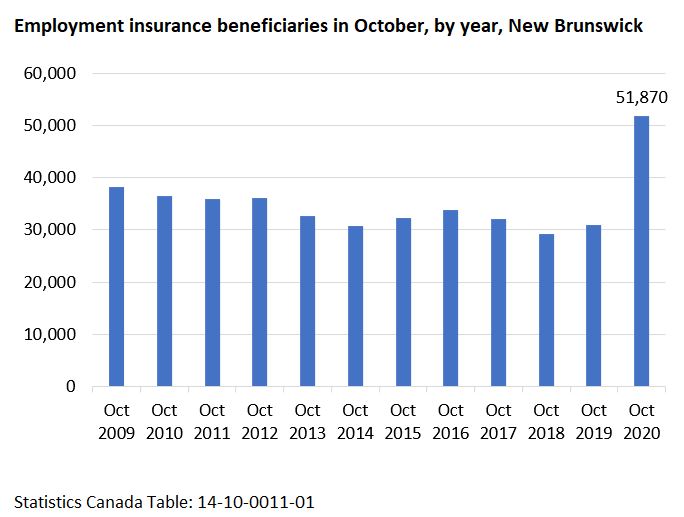 Of course, with EI in New Brunswick we have to use caution. A share – likely a large share – of the 52,000 are either seasonal users or others who are not actually looking for work.  There are 7,710 between the ages of 15-24 and the PSE students collecting EI aren’t likely to be out there beating the bushes for work.

Which is why even with 52,000 people – an amount equivalent to more than 13% of the total labour force in October, we still have firms complaining they can’t find workers.

The number of only job postings in New Brunswick surpassed 3,400 in September this year. 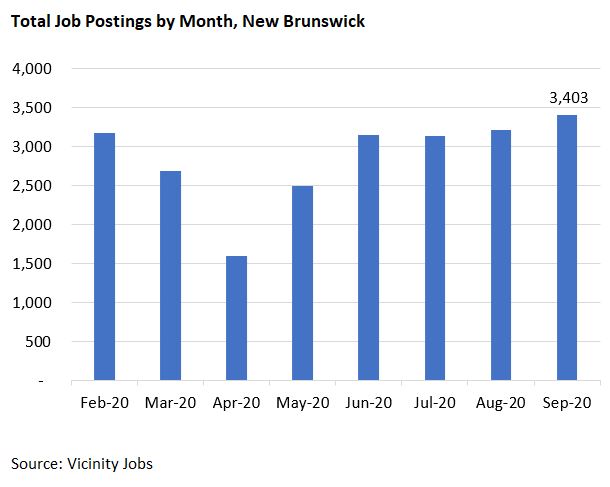 We have a way to go before the workforce and economy are back to pre-pandemic levels.