There was an interesting story recently in the media about which province can claim to be the maple syrup capital of Canada. I would say the battle rages for the title of blueberry capital, too. I was re watching The excellent TV series Boardwalk Empire recently and saw this sign pass by on the highway during one scene:

Of course this is set in the 1920s and early 30s but I suspect that New Brunswick or maybe Quebec holds the title these days.  On a regional basis, the Acadian Peninsula could be a strong contender. By 2019, New Brunswick has nearly caught up to Quebec in the production of lowbush blueberries (there is blueberry production in BC but it is all high bush).

If the crown fits, wear it. 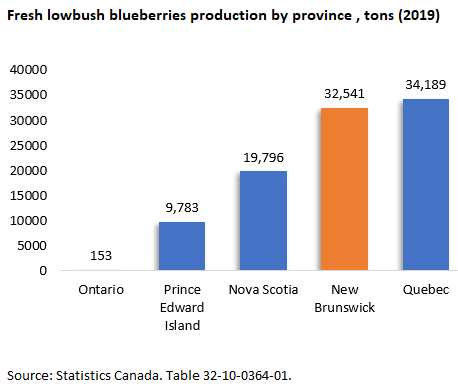