Could it be that New Brunswick is turning a corner? Could we be on the cusp of economic renewal in one of North America’s worst performing economies for over a decade (among provinces and states)?

The population in New Brunswick, after years of stagnation and slight decline year-over-year, has been slowly but steadily rising since 2015 (the year I became Chief Economist – that is purely coincidental :-). 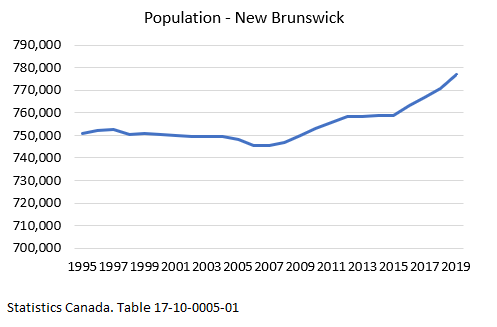 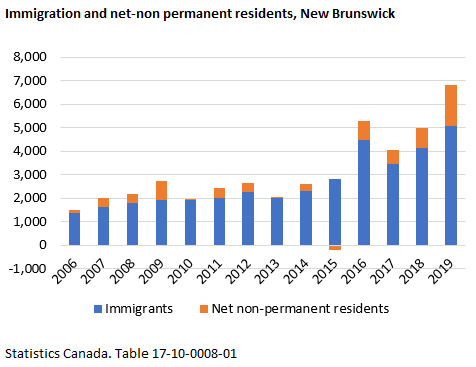 There is a lot of paranoia about immigrants leaving the province in droves so it is very good to report that as we have seen an increase in immigration, net interprovincial migration has also turned positive – meaning more have moved here from other provinces than have left here for other provinces (in other words, for you old timers, more’ ‘comin’ up the road’ than ‘goin’ down the road’). 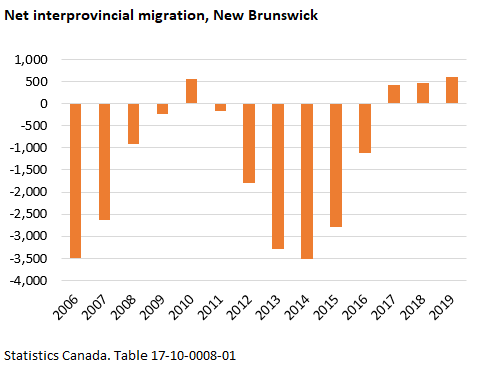 And, not as well known, much of this immigration is young families.  We have attracted a higher share of immigrants with young children than most other provinces and this has helped us push through another psychological barrier. After more than 20 years of decline/stagnation, the population 0-17 in New Brunswick stopped declining in 2015 and has risen ever so modestly since. 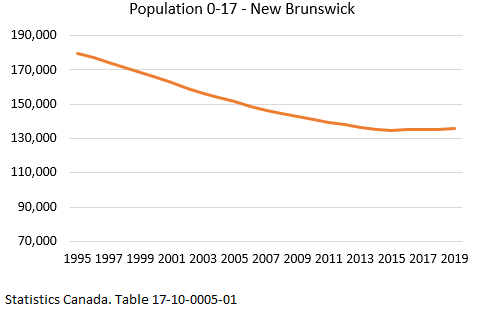 We are ever so close to breaking another psychological barrier.  The median age in New Brunswick has been rising every year in the province since the mid 1970s.  In 2019 it ticked up only 0.1 years.  Other provinces such as PEI, Manitoba and Saskatchewan have witnessed a decline in the median age.  If we continue to boost the number of young migrants coming – we could see this crucial demographic metric dip next year or the following. 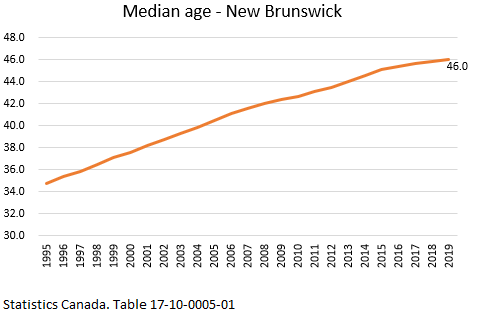 What are the newcomers doing?  Many of them are working that has led to New Brunswick’s workforce increasing again after almost a decade of stagnation/decline.  In 2019 the total workforce across the province increased by over 3,000.  We are still well below our peak in 2013 (395,200) but heading in the right direction. 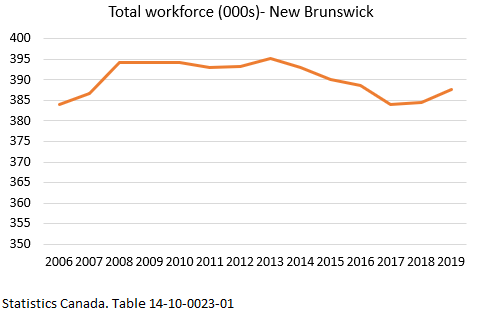 Again, another crucial indicator is private sector employment.  If you take total employment and remove health care, education and public administration, we have seen a fairly steep decline – over 19,000 – between 2007 and 2018 (remember country-wide employment growth was robust after the 2008 recession) – in just the last year we saw a tiny increase. 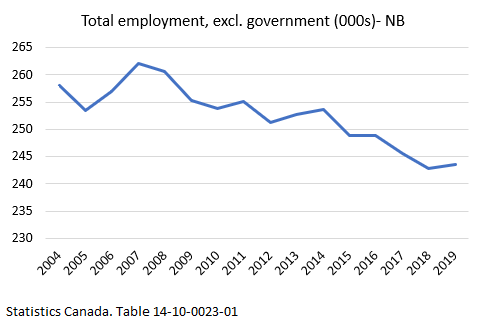 Finally, capital expenditures in New Brunswick have rebounded somewhat – not back to the peak years – but well above the lows earlier in this decade.  Public sector capital spending dropped in 2019 which makes the overall CAPEX rebound more impressive. 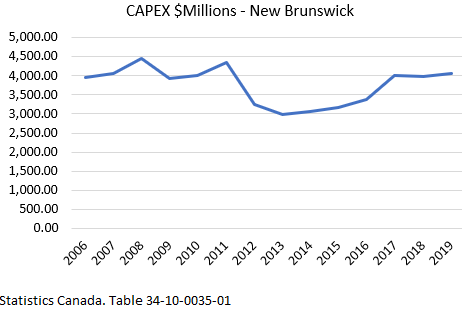 What does all this mean?  Are we witnessing an economic rebound in New Brunswick.

Don’t call home to grandma just yet, but these are encouraging trends.