It’s been a long time since I uttered the phrase Bob, The Builder made famous “Can we build it? Yes, we can!”.   If you have children in the 18-25 range you will likely remember that determined construction worker.

I was in Thunder Bay this week.  Lovely place.  Had something called a Persian Roll.

It was interesting as several people talked to be about population decline as if it is inevitable.

In fact, the population of Thunder Bay is rising – not by much but in the past few years the numbers are ticking upward.

And it is mostly due to the increase in immigration and non-permanent residents.

So, the lesson is simple.  We need to flow in new population.   We need to align incoming population as much as possible to current labour market demand.  Thunder Bay has done an impressive job of attracting international students.  Now, let’s make sure as many stay by ensuring they are graduating with qualifications that are in demand.

Don’t get caught in your own downward spiral.  Bob, The Builder! is right.  We can get this done – in all corners of Canada – from the ground up. 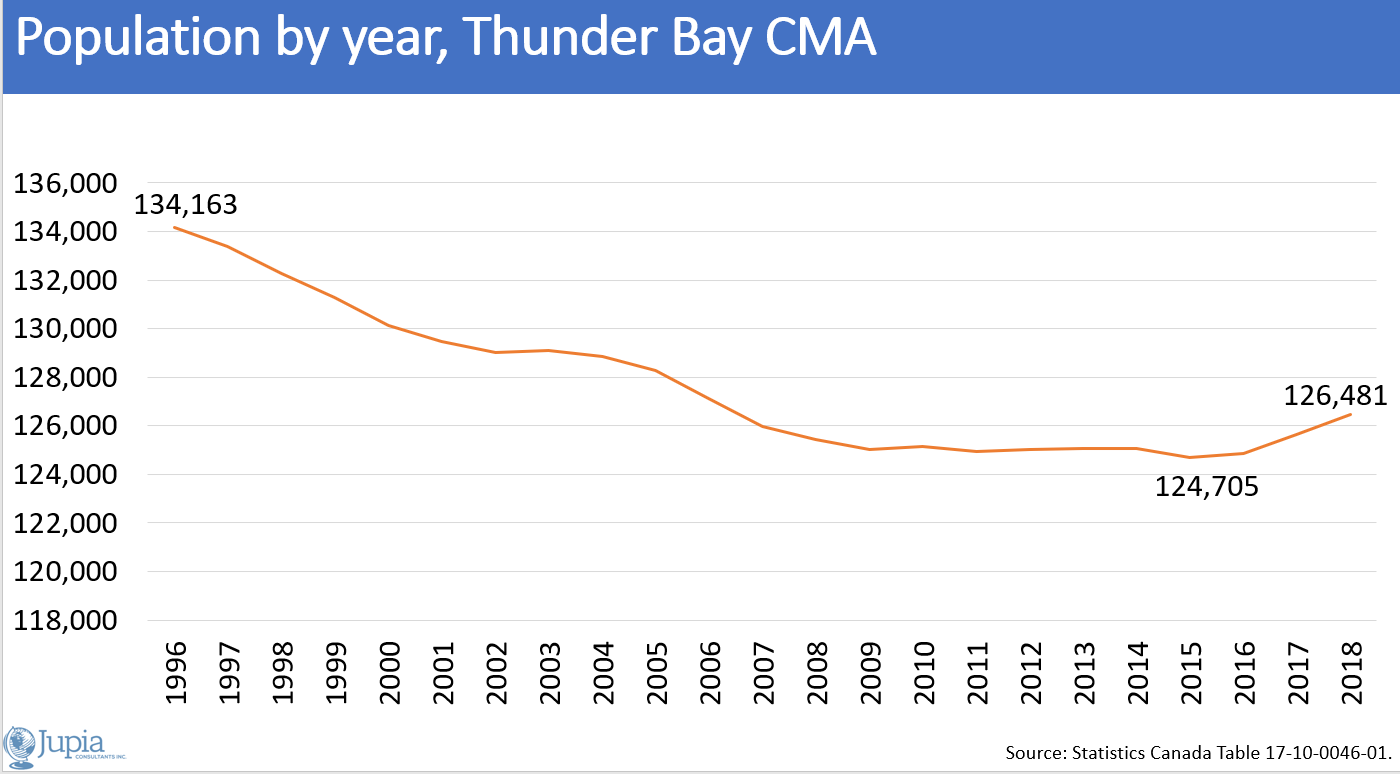 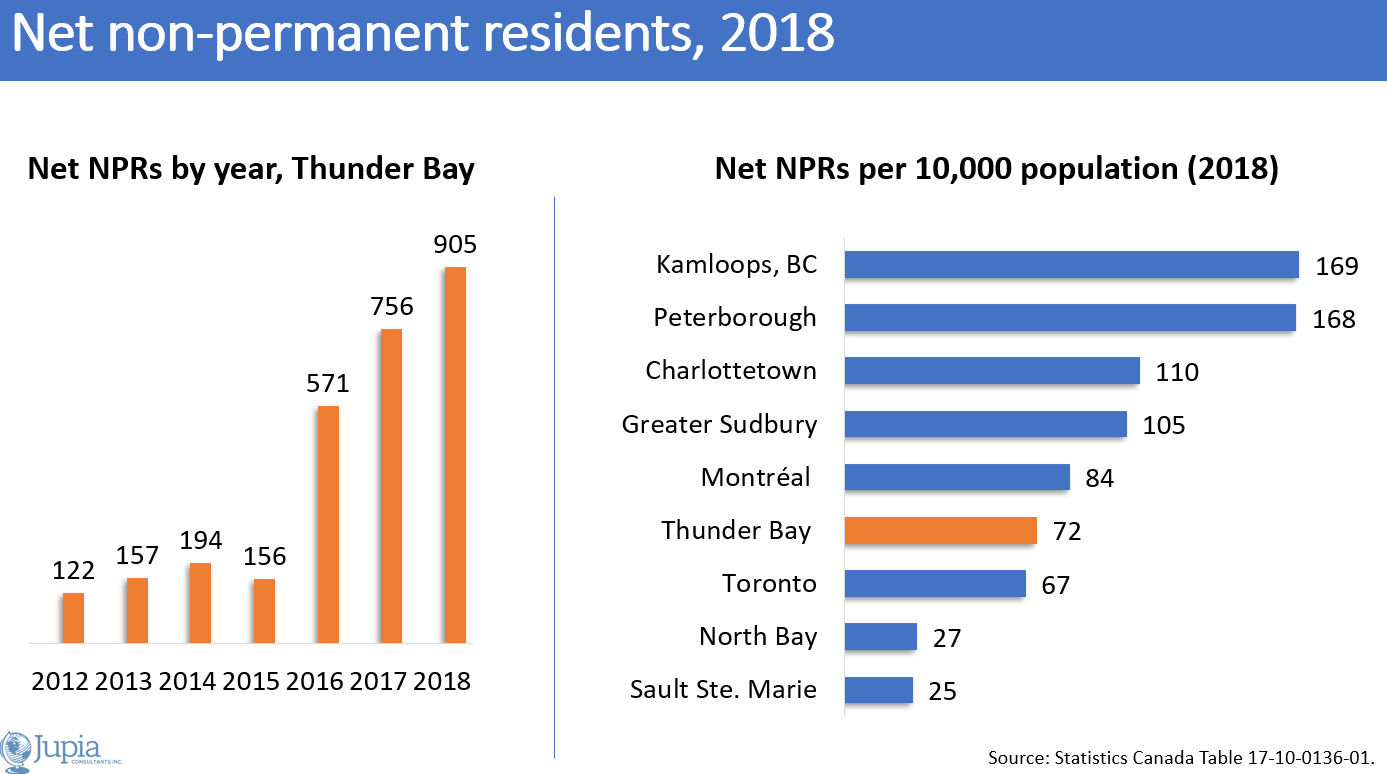 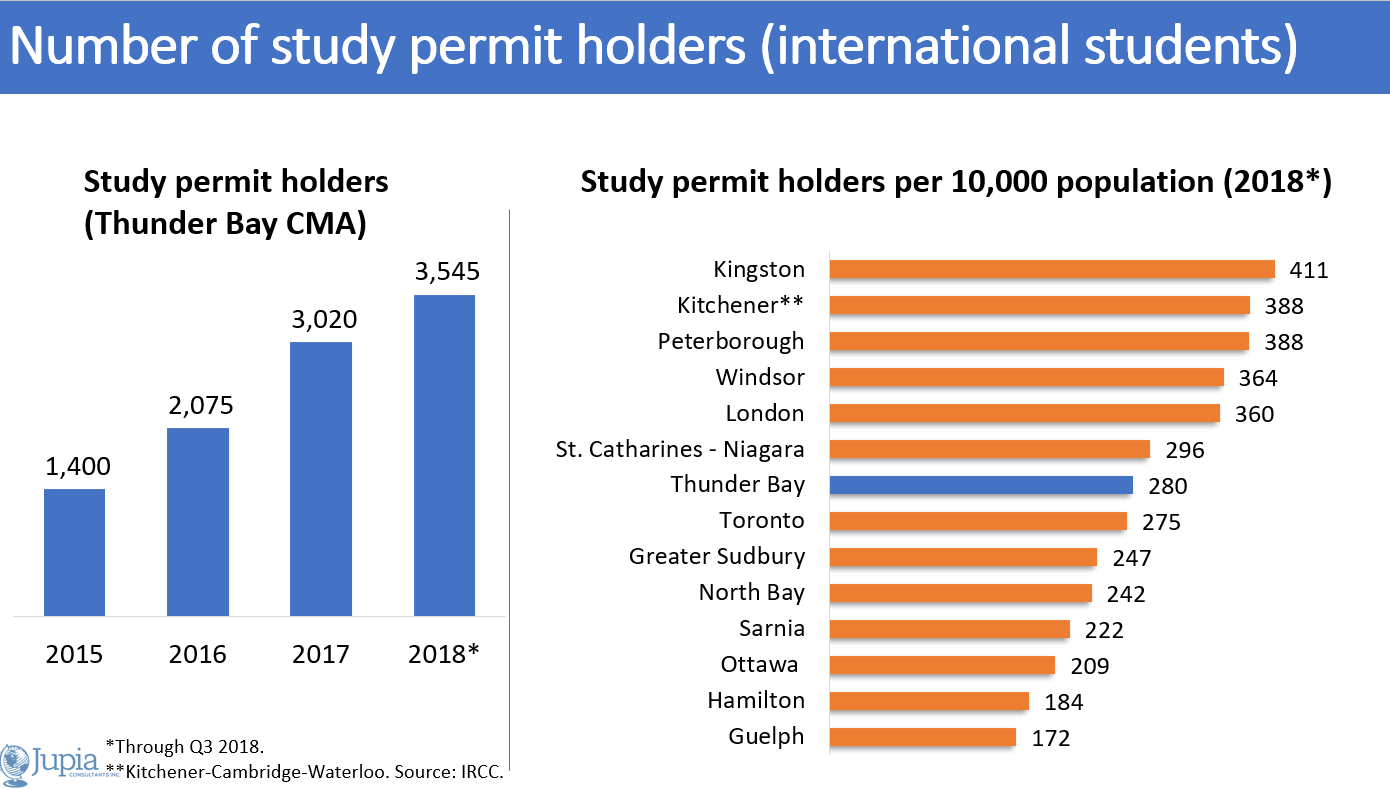