There is a great scene (parody version) in Casablanca where the police captain closes Rick’s club and when Rick protests, Captain Renault says something like he is shocked, shocked to find gambling going on in here – even as someone comes up to him and gives him his winnings from the roulette table.

I felt a bit like this today when I read New Brunswick is now receiving the most Equalization adjusted for population size from the federal government of any province.  The media equates this with now being the poorest province in Canada.

It shouldn’t come as much of a shock.  As shown in the chart, New Brunswick has witnessed the weakest economic growth of any province since the recession in 2008, except Newfoundland and Labrador. 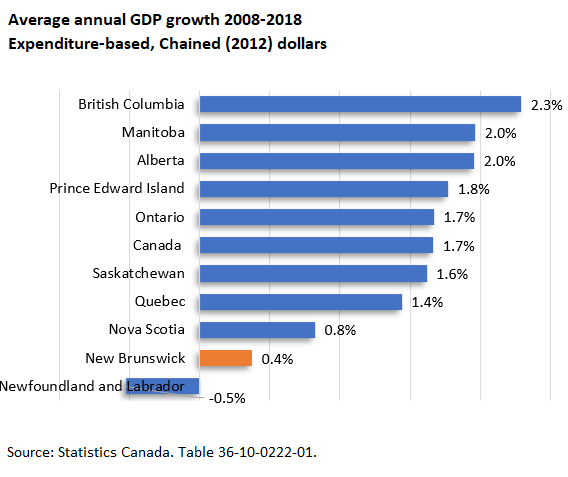 The number of New Brunswickers reporting employment income to CRA has declined slightly over the 2008-2017 time frame, while the number reporting CPP income has increased by 35%. 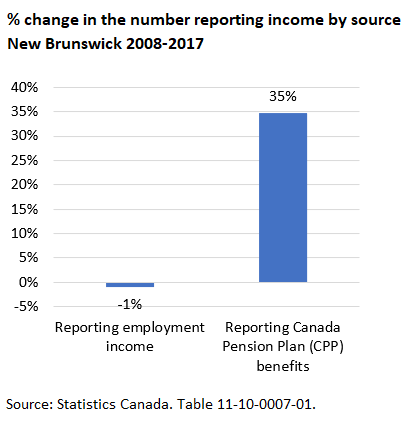 As, as you might expect, personal income taxes paid is correlated to age – in 2017 those over the age of 65 in New Brunswick paid an average income tax bill (fed/prov combined) of less than the average 25-34 year old. 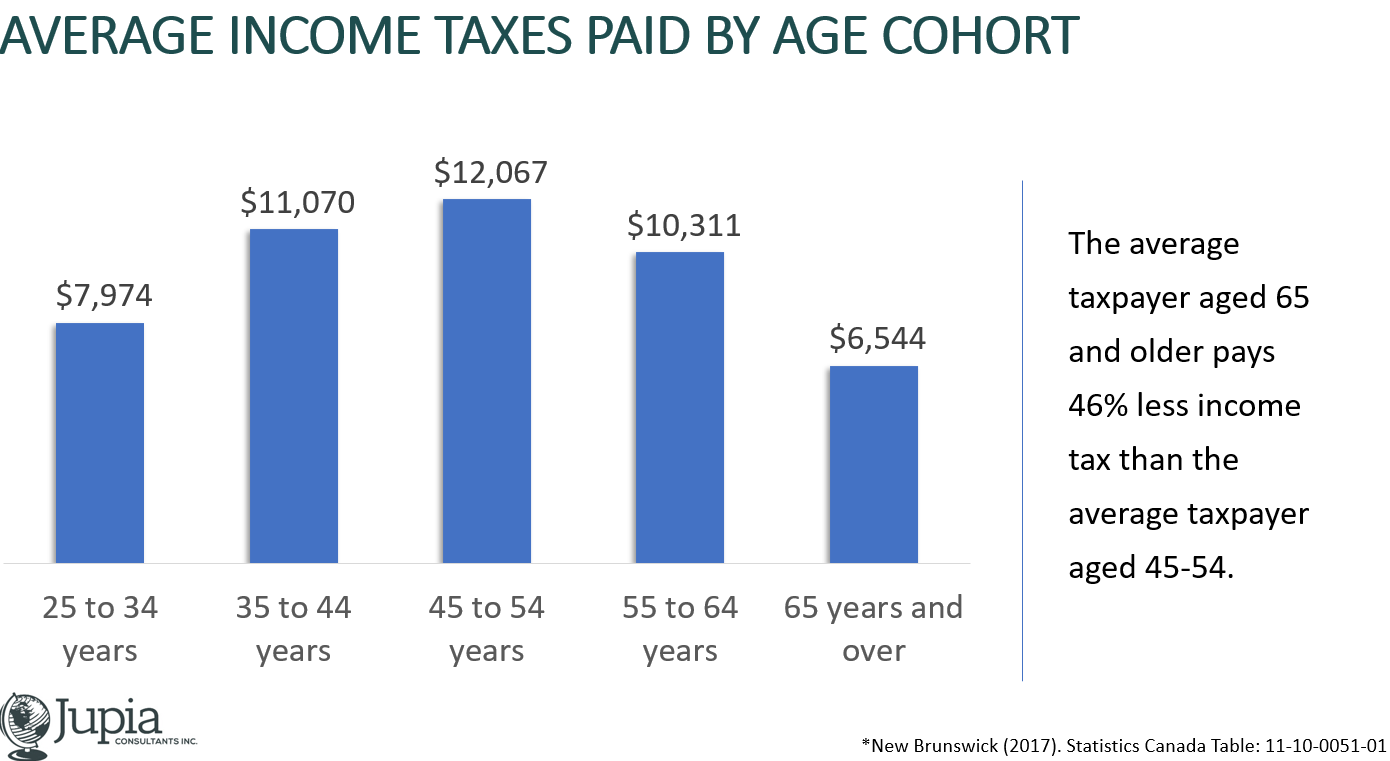 Sit back and enjoy the Equalization cheques as they come in.  You might be a bit white-knuckled as the stability of that source moving forward could be in jeopardy.  But for now the money is coming in, the budget is balanced, what’s the problem?

Or, we can try and get organic economic growth back into a range that makes sense – 2% and higher (rather than 0.4%).  That will boost own-source tax revenue for the provincial government without raising tax rates.

But that won’t happen until the public actually wants it.

0.4% growth for more than a decade in Ontario would cause public outrage.  The OECD would weigh in on the Canadian crisis.  Think tanks would foment outrage.  You want to talk about a woke population?  You give Ontarioians 0.4% per year for a decade.  You will see a whole different kind of woke population.

1 thought on “I’m shocked, shocked to find Equalization per capita has gone up”