Every time I come down to the U.S. I invariably get into the ‘givers versus takers’ conversation.  Why should people that work hard, educate themselves, take risks, push hard and make something of their lives turn around and pay for the feckless?  Most of the folks making this argument (with the exception of the pure Ayn Randians) make exception for folks that have some physical impairment or other disability but for everyone else the argument holds.  Issues such as structural bias, etc. don’t hold much water.

The givers versus takers debate extends to jurisdictions, too.  When in Alberta recently I got an earful from folks arguing that provinces not interested in developing their oil and gas resources shouldn’t be getting Equalization from provinces that do.

I would argue this debate will start to come to the fore even within provinces.  There is a region within New Brunswick that I won’t name – the Lord Voldemort of jurisdictions – because I don’t want to get into an deep debate about a specific and highly emotional issue – that used to be a fairly significant mining area, have an above average forestry sector (relative to population size), considerably more agriculture (than today as a share of total output) and even more manufacturing and other export-focused activity.  It was also among the youngest regions of New Brunswick in the 1970s.

Not there is no mining at all.  Forestry output is considerably less.  There is certainly no oil and gas development. Even some agriculture-related opportunities that I have proposed get no traction and it is one of the oldest regions of New Brunswick by age of the population.

Now there is an effort to stop forestry activities on an area of Crown Land that is in the planned areas for harvesting.  Having looked at how the folks are organizing their activities and the language they are using (“big evil forestry pillaging the land” kind of language), I have a suspicion they will be successful.

The question is simple.  Should jurisdictions that do very little to foster economic opportunities and, in fact, stand in the way of development – development that is occurring all over Canada in the exact same way with the exact risks – continue to expect to have their roads maintained and repaired, ambulance services, and the myriad other public services that are needed?  Should there be any link at all between the economic contribution of a region and its public services?

Now I suspect most of you (and I lean in this direction) would say that New Brunswickers should have access to public services no matter where they live and regardless of their means to pay. Obviously some of these services require scale so people need to commute into a central location to access them (schools, etc.).  But a lot of services are provided regardless of population scale (for the most part).

You know me.  It’s not even so much they are fighting to stop all development opportunities in their area that involve natural resources.  It’s that there is not even close the passion for actual development.  “We are retiring here and just want to be left alone”.  If this region of New Brunswick had a plan to develop its agriculture, to develop its maple syrup opportunity at scale, etc.  and were even one-tenth as passionate about fostering economic development as they are about stopping development I would be more accommodating.

Because the potential outcome here – in the near term – is that most regions of New Brunswick will see any remaining link between their economic contribution and the cost of the public services they receive get weaker and weaker.   The tolerance for mining, forestry, oil and gas – even wind farms and energy development – is fraying around the province and, I would argue, across Atlantic Canada.

The province in Canada that is universally considered the most green in the country also has robust and growing mining and oil and gas sectors. I know some of you will use the argument that most of this development is far from population centres (out of sight, out of mind) but I never really bought that concept.  The bottom line is the B.C. is doing a lot to reduce its carbon footprint even as it is developing its own natural gas resources (and the massive LNG plant under construction with many New Brunswick trades persons). 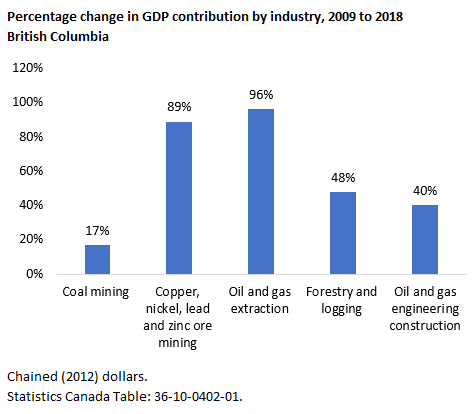 I worry we are losing the link between economy, community and sustainable public services in New Brunswick.

I am curious to know what you think (assuming you made it here without already writing an enraged response or moving on).  Should there be some link between the expectation for public services and the locally or regionally generated taxes to support those services?

1 thought on “Givers versus takers: The uncomfortable conversation”