I just completed a seven week period that included 12 public speaking engagements in all three Maritime Provinces (not including presentations of client work).  I talked with industry groups including construction and forestry, spoke about immigration, labour markets, productivity and the idea of boosting New Brunswick’s population to one million+ by 2040.  I presented to a couple of economic development groups.  Overall I must have talked with a couple of hundred folks from across the region. 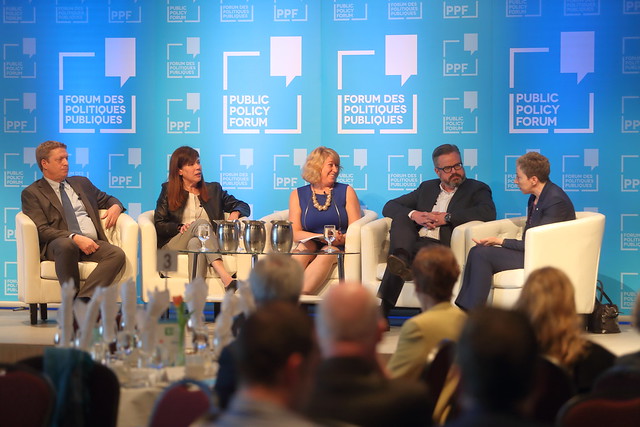 My conclusion?  Most people are feeling pretty good right now across the Maritimes.  I can’t speak to mental health, access to health care or other big issues but as far as economics go I conclude it has likely never been better for the average person in this region.

Everywhere I went people were complaining about how hard it is to find workers.   Governments in all three provinces have mostly balanced the books. Immigrant numbers are up in all three provinces.  Population, labour force and employment are all growing again (albeit slowly in New Brunswick in particular).  In my opinion, just about anyone that wants a job can find one today.  It may not be exactly what you want but there is almost no reason to be unemployed today if you don’t want to in most areas of New Brunswick.

Average weekly wages are increasing faster than the country as a whole in all four provinces.  In the past four years, average weekly wages have risen by 7.9% in NB, 7.1% in NS, 6.8% in PEI and 6.1% across Canada (February to February, seasonally adjusted).

In New Brunswick, average weekly wages have reached almost parity (or more) with the national economy in multiple sectors including transportation and warehousing, retail trade, utilities, information and cultural industries, real estate, education (well above the national level) and health care.  Although wage growth has been lagging in accommodation and food services in NB and NS.

But that isn’t to say there are not challenges.  Employment insurance dependency is much higher here, distorting the unemployment picture and leading to Ottawa continuing to question our need for immigrants.    That’s a bit like parents feeding their kids burgers and pop every day and then scolding them for being overweight.  In non CMA-CA areas (outside urban areas) the share of those earning employment income that also earned EI income in 2016 was much higher than the national average. In New Brunswick 38% earned EI in 2016 and, more importantly, that was the exact same rate as a decade ago. 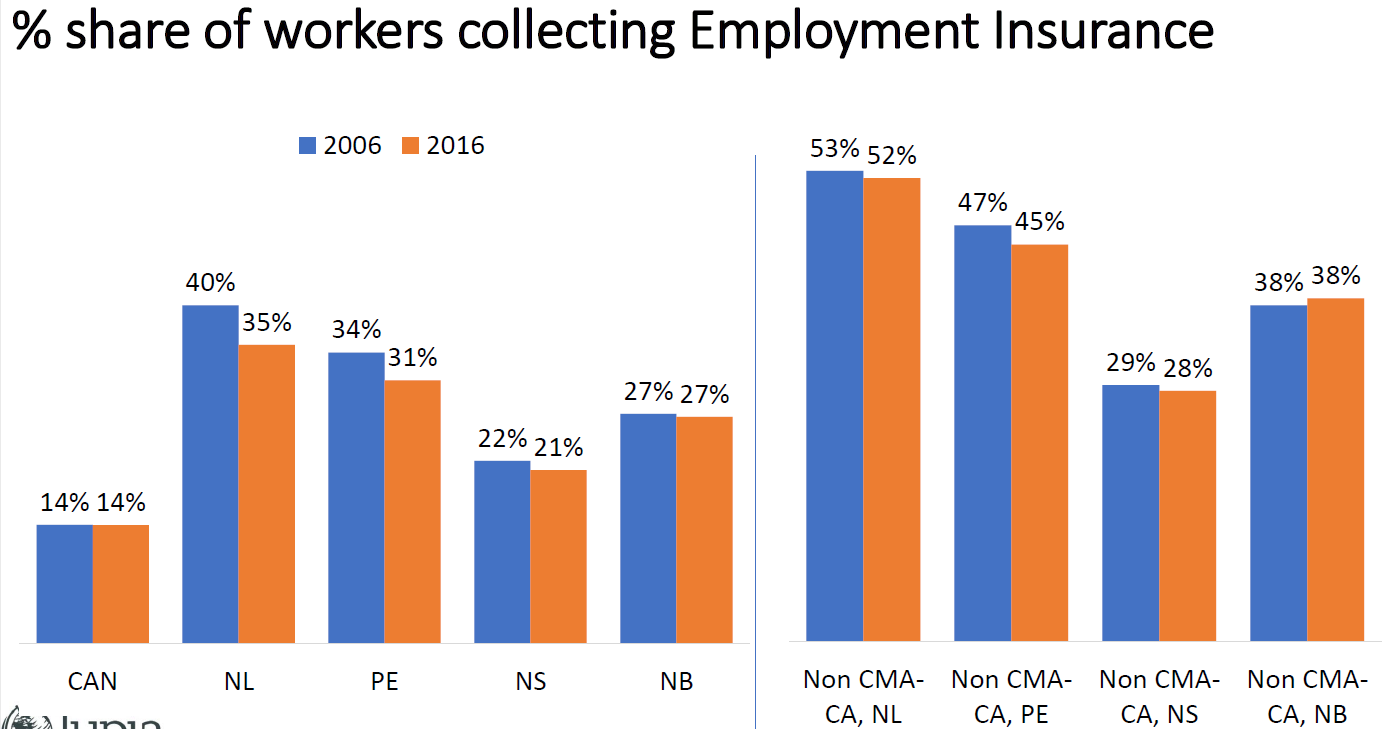 There is hope on the population front as evidenced by Prince Edward Island.    I call it the Benjamin Button effect. PEI’s median age peaked in 2016 and has gone down slightly in the past two years.  That means the provincial population is actually younger after decades of getting older.  Look at the chart, Manitoba and Saskatchewan were younger in 2018 than they were in 2009 and 2007 respectively (as measured by median age). 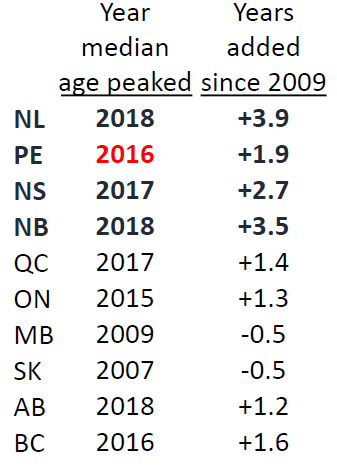 The flip side of this relative comfort is a lack of urgency.   I hearken back to the protesters in Albert County a few years ago that had recently retired and “wanted to be left alone”.  There are 50,000 more retirees now in New Brunswick than there were just a few years ago.  That changes things.  People who are retired have different priorities than those in their 20s and 30s.

Think about this statistic for a moment.  There are more people collecting Canada Pension Plan in New Brunswick than everyone working below the age of 44.   More than 201,000 collected CPP in 2016 while 185,000 between the ages of 15 and 44 were employed. This profound shift cannot help but influence politics and economic development.

My hope is that most retirees in the Maritimes still care about their communities beyond just the provision of services for seniors.  I hope they won’t block efforts to bring in immigrants or stimulate new industries.  I hope they will continue to support investment in education and other efforts to boost the skills and engagement of young New Brunswickers.

The median voter in the Maritimes is somewhere in the range of 55 years old.  Our goal should be to bring that down in the coming years.  This will benefit both the old and the young.