We talk a lot about the impacts of the aging population but it is important to point out that several provinces in Canada are actually getting ‘younger’.  Specifically, as a result of attracting young immigrants and migrants the median age of the province is decreasing.

The following chart shows the trend.  Manitoba and Saskatchewan are ‘younger’ by median age now than they were back a decade ago.  While PEI is older now compared to 2009 its median age peaked in 2016 and has dropped back a tiny bit since.

New Brunswick, by contrast, is much older now and only NL has seen a faster increase in median age since 2009.  But the PEI example and others should provide some hope.  If we can boost the number of young immigrants settling here then, like PEI/SK/MB, we should get younger too. 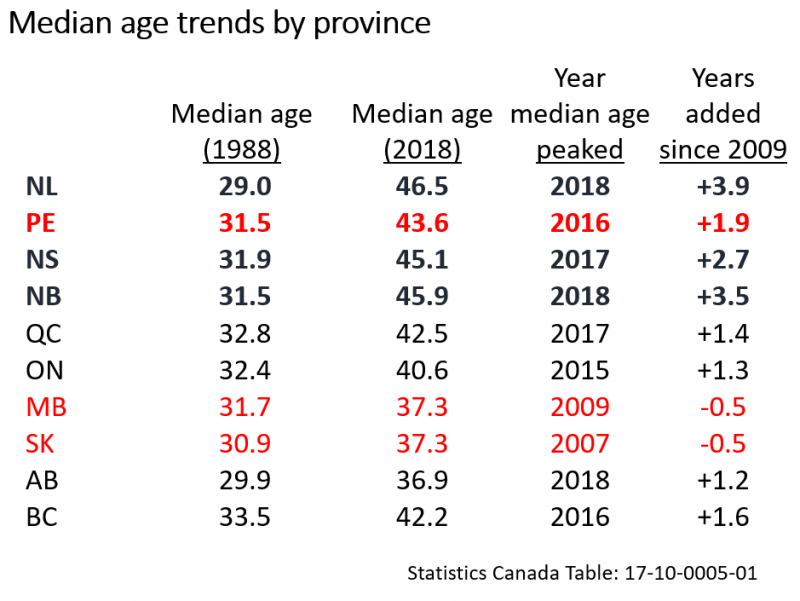