I only knew Zita Cobb by reputation until I was asked to sit on a panel discussion related to productivity for the Public Policy Forum in Halifax recently.  Zita was sitting to my left and after I gave what I would suggest was a standard economist view of productivity, she spoke and essentially took offense with my cold blooded view of labour productivity.  We had a good back and forth on this which pepped up the audience a bit.

But I was really interested in a conversation I had after with Zita about her efforts to rejuvenate the economy of Fogo Island (population 2,700).  In addition to her now world famous inn, she has put in place a development organization focused on fostering more entrepreneurship and economic development on the Island.

I have written about this before.  I am concerned about the decline of entrepreneurship in rural New Brunswick (and beyond).  In recent years, there has been a fairly steep decline in the number of self-employed people in rural New Brunswick.  As the population ages, there seems to be fewer that want to own their own business and that could have significant impact on the quality of small town life around the province. 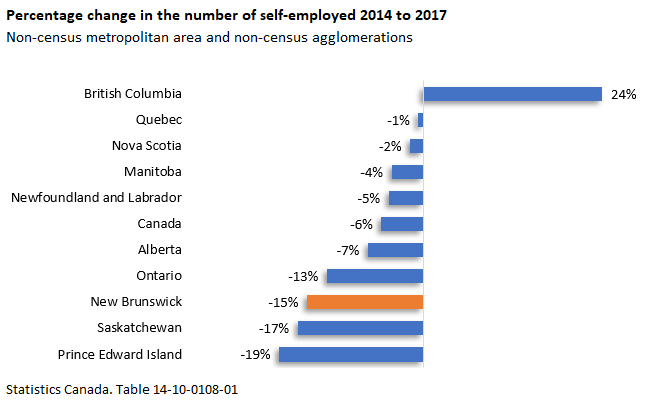 I know there are those who would prefer that everyone commute into the cities for services.  I am not of that view.  If there is a market for services in small towns, I think local communities should step up and find entrepreneurs to fill those needs.  A town of 3,000 or more with an additional population in surrounding rural communities could  have enough demand for a dentist, restaurants, an inn and a host of other services. 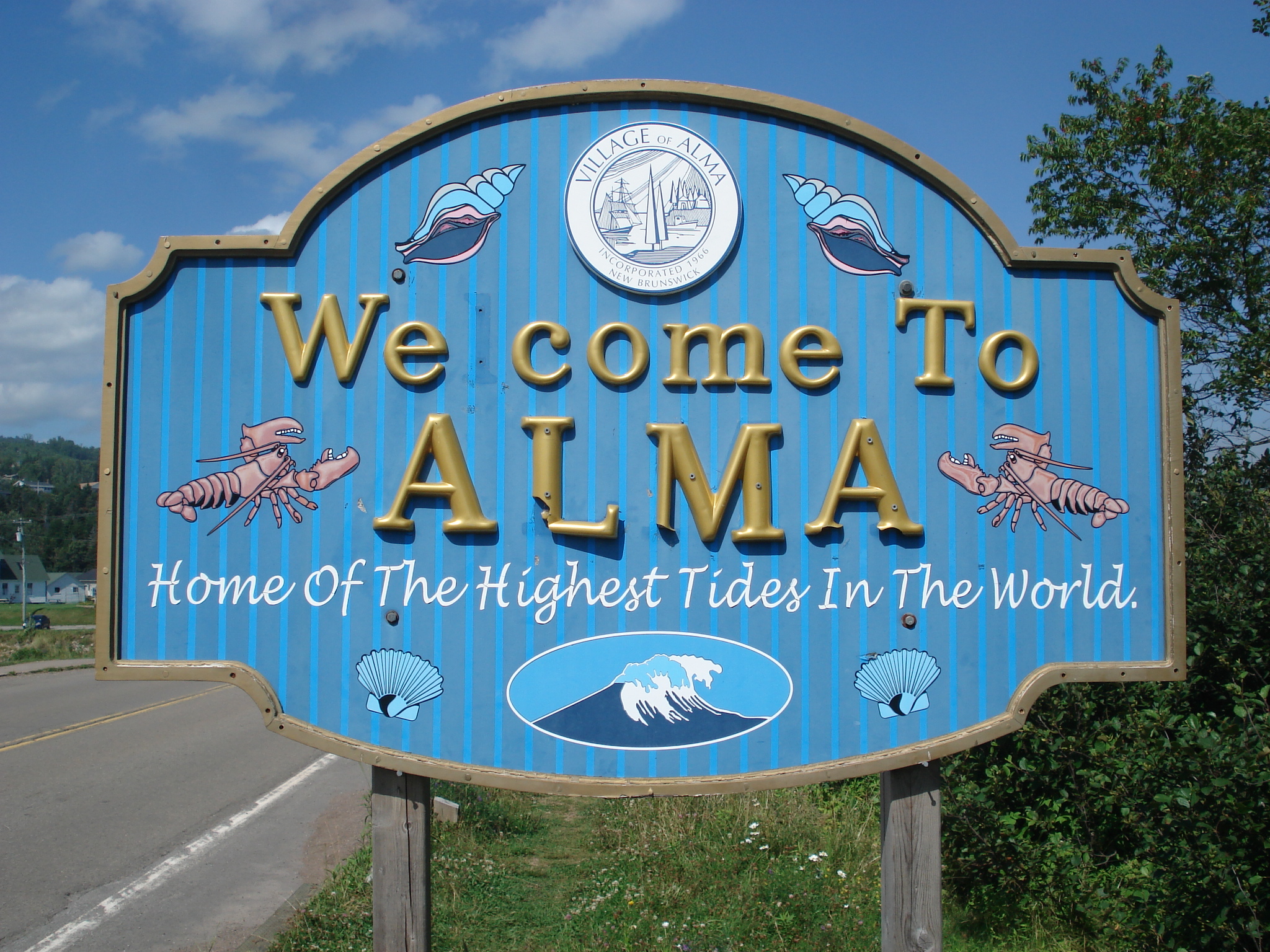 Folks in urban centres might shrug and say why bother?   I think this  is shortsighted.  New Brunswick needs an all hands on deck focus on economic development and population renewal.  If there are opportunities in small towns and rural areas they should get focus.  I’m not talking about large subsidies to woo industry to the hinterland.  I’m talking about a focused effort to exploit opportunities that could be there but no one is working to clarify the opportunities or to promote them to potential entrepreneurs.

A Cabinet minister from a rural area told me once that every time there is a new job creation announcement in Moncton he loses votes. If we want province wide support for a focus on urban growth and the attraction of people to drive that growth, we should support efforts to foster growth in small towns too.

There is no guarantee that any community will survive long term but at least we should put the tools in place to ensure these communities can take control of their own destiny and have a fighting chance at survival.

1 thought on “Seeking a rural and small town entrepreneurial renaissance”