One of the things that was interesting about the growing inflow of immigration into places like Manitoba and Prince Edward Island was that there was a corresponding decrease in immigrant flows into the largest centres.   The Toronto CMA inflow dipped from an average of close to 100,000 per year (immigrants and net non-permanent residents) down to 87,000 in 2014 and only 68,000 in 2015.  Now the numbers are roaring back and in 2018 rose to nearly 150,000. In Montreal, the numbers had dipped from an annual average of 50,000 between 2007 and 2013 to 43,000 in the next three years before rising again and hitting a record 77,000 in 2018 (François Legault notwithstanding).  Vancouver dipped all the way down to 26,000 immigrants and net NPRs in 2015 before starting to rise again and hitting a near record of 49,000 in 2018. 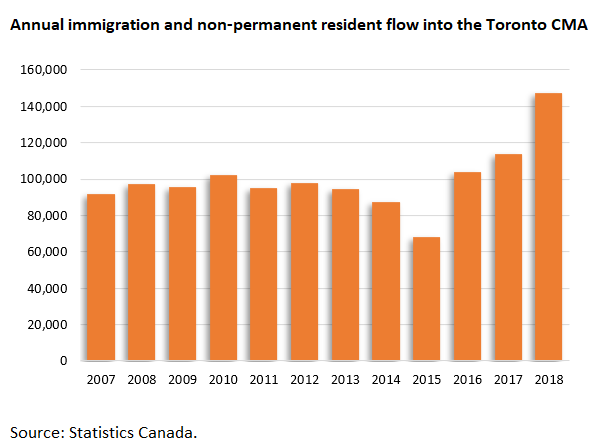 What does this mean for all the other regions in Canada looking to boost their immigrant numbers?

The federal government needs to set immigration targets as a role up of provincial need – not as the result of some macroeconomic model – top down.  Yes, it will be a little more messy but it is the only solution. 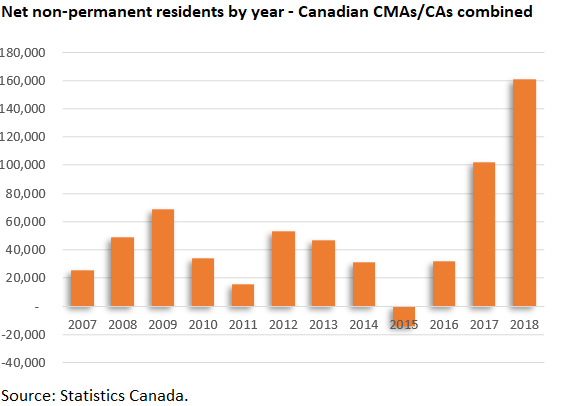 If Toronto needs more labour, giddy up.  But don’t penalize the rest of Canada.  Make sure there is enough of an inward flow for all.