One of my big themes lately is that we should think more about where the next round of entrepreneurs will come from rather than which funding programs/cash we are going to give the ones coming through the door.  My concern has to do with the aging entrepreneurs (over 40% are over 55) and the fact we are seeing few scaling up to become larger, export-focused firms (we seem to be seeing some scaling among national service industries such as insurance brokerages and funeral homes but increasingly the head office for these consolidated firms is not in New Brunswick). 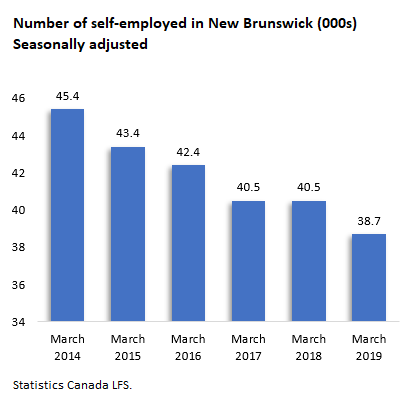 If you look at employment by firm size, you see zero growth in payroll employees between 2013 and 2018 but a 4% decline in employment among the smallest firms (0-4 workers) and no growth among the 5-19 worker sized firm.  There is some growth among the 20-49 employees cohort, which is good, but I think this may have something to do with the consolidation we are seeing across multiple sectors in New Brunswick.  I’m okay with the funeral homes, insurance brokers and optometrist offices consolidating for scale but we should be seeing a new wave of entrepreneurs starting up – not just in tech but across the economy.  If you look nationally there has been employment growth among both the 0-4 and 5-19 worker cohorts. 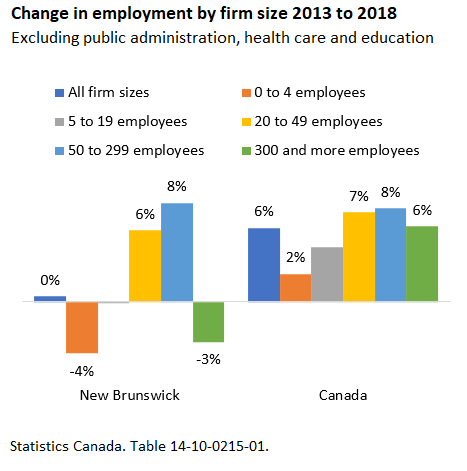 3 thoughts on “Oh where, oh where are the entrepreneurs going?”