As I have detailed elsewhere New Brunswick is primarily known for having  an older workforce when compared to other provinces.  Not so with the R&D sector where 44% are under the age of 35 – second only to PEI among the provinces and much older the country’s R&D industry as a whole.  This could be caused by a number of things such as older researchers are more likely to leave the province or the industry is growing and hiring younger talent.

The bottom line is that there are a lot of young, bright millennials in short pants running around the R&D sector.  Eric Cook, the boss over at RPC better brush up on Chance the Rapper and Snapchat. 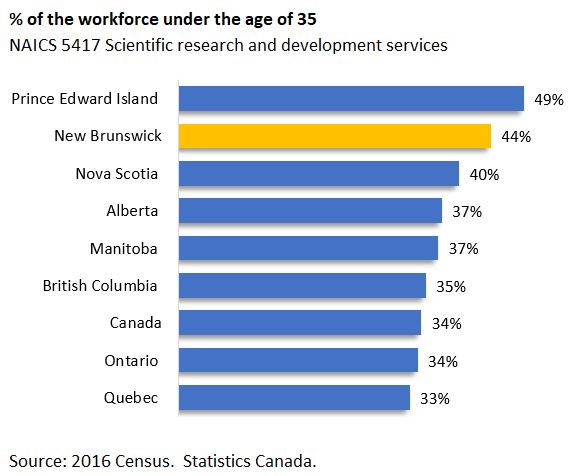