In this sense, of course, ‘she’ is gender neutral.  My father, sixth generation Miramichier, sidled up to my father-in-law one time (born and lives in Brazil and speaks a little English) and asked him “how’s she goin’?”.  My father-in-law asked me later who ‘she’ was and why was she going anywhere?

Anyway, no matter how you say it things are going pretty well in the Miramichi these days at least measured by the increase in the number of people working and average income levels.   According to Statistics Canada data – using CRA tax filer data – after steady decline in 2012 there was a big jump in the number of people declaring employment income and now there are over 1,800 more people working in 2015 than in 2011 (flat since 2012).    Don’t forget the number of employment income earners across the province has declined over the same period. 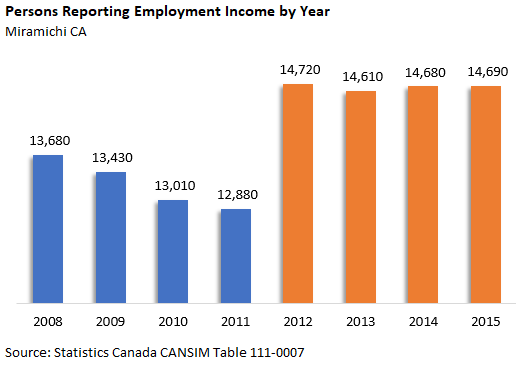 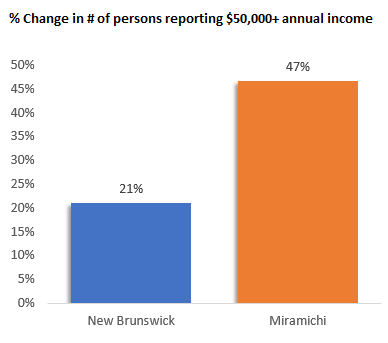 And, you might recall from the Census data, the Miramichi had the largest rise in average household income.

What’s going on in the ‘chi?

We will get much better data on this in November when the full Census data is finally released.

1 thought on “How’s she goin’, boys? In the Miramichi, she’s goin’ pretty good these days”