Almost 25 years ago I took my first post-MBA job in New Brunswick. It was with the NB Department of Economic Development and Tourism (EDT) or maybe it was the NB Department of Economic Development, Tourism and Culture (?). Anyway, I was hired for a 2-3 months’ temporary position and I hustled it into 3.5 years and ultimately a good start to my career.

One of the most memorable moments of that period was a presentation made by then EDT DM Francis McGuire. He called the whole staff into a big room somewhere and put up a slide deck with his vision for the department. I don’t remember most of what he said that day but I do remember him stating emphatically “I never want to hear the %$X&#! term ‘Picture Province’ mentioned by this department or this government ever again!” (colourful language bleeped out but if you know Francis use your imagination).

His point was that GNB under McKenna was trying to re-position New Brunswick as a dynamic place with thriving urban centres and bustling rural communities. The vision was of a striving New Brunswick – carving out its economic role within Canada and around the world. If you come to New Brunswick you work hard and play hard. This was directly meant to counter specific data from polling that suggested New Brunswickers were perceived by the rest of Canada as kind of comfortable, lazy and laid back. 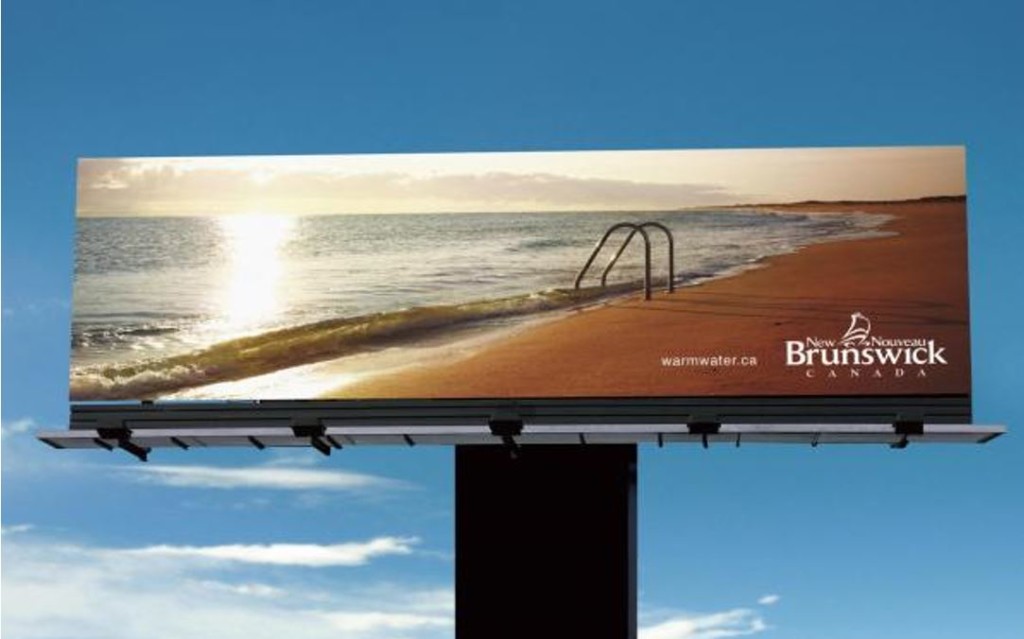 I know what you are going to say. This is a tourism message.  That New Brunswick has great, uncrowded beaches.   It’s an ideal place to come and lay on the beach.  But if your economic development brand is one promoting hard working, bustling urban centres – the tourism message kind of counters this brand.

How about this billboard (pulled from Google).   Again, a powerful tourism message that New Brunswick is a great place to relax and put up your feet. 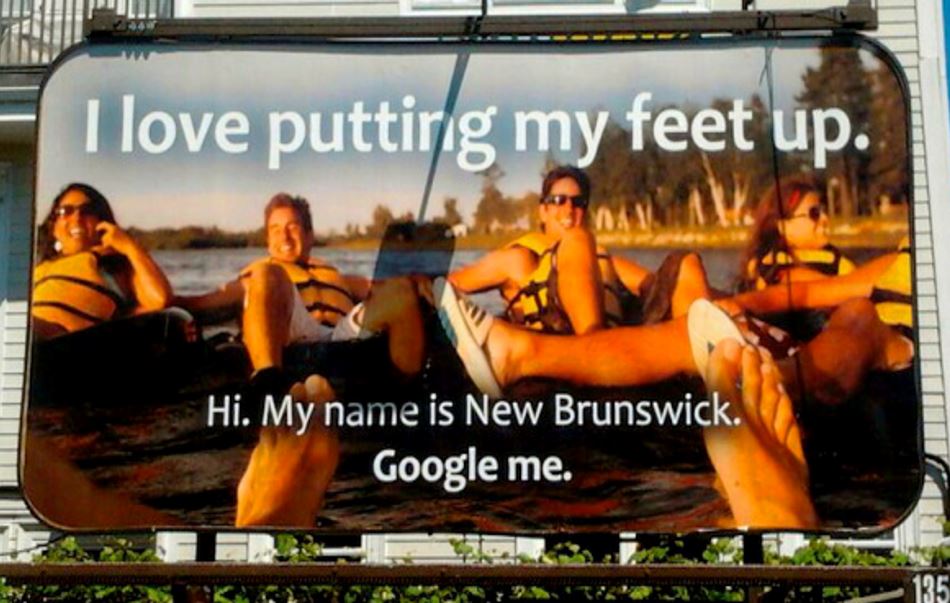 I’ve never really postured as an expert in marketing.  In fact, I probably stink in this black art but I would suggest there must be a way to align the messages.  Maybe people mountain biking with a strained look on their face or shots of our urban downtowns bustling with people or a shot of a beach with lots of folks (not too many!) or even a shot of water with actual boats on it.

If we want to portray New Brunswick as an empty place with nothing going on but lots of opportunity to lay around on the beach – this may end up being a self-fulfilling prophecy.