Back in the 1980s Tom Peters was among the first thinkers to suggest that women would rule the knowledge-based economy of the future.  I recall he said something about men being good for heavy lifting or something similar to that. 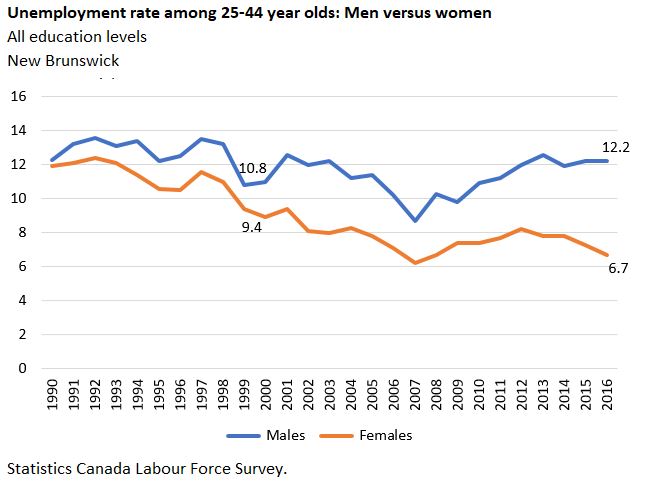 Another way to look at this is the spread between the unemployment rate for men versus women.  In 1990, the unemployment rate among young men in NB was actually a hair lower than for women but it now sits at 80% higher.  Specifically, the share of the male labour force that was unemployed in 2016 was 80% higher than the share of the female labour force that was unemployed. 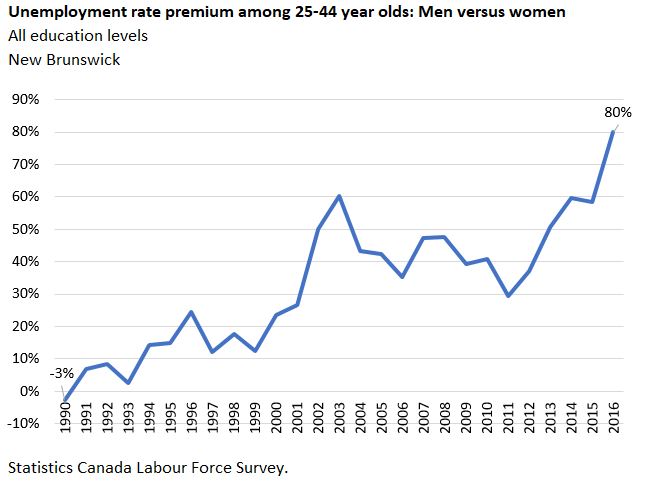 What is going on here?  We will have better information to work with in the Fall when the new Census data is released but it looks like there are not enough jobs for non-college or university educated men  – or more specifically men are not particularly interested in the jobs on offer that match with their education level and income expectations.  Take a look at the changing income profile of men in the following table.  There has been a steep decline in the number of young men reporting earnings of less than $50,000 per year between 2004 and 2014.  while there has been an even sharper decline in the number of young women reporting less than $25,000 in annual income there has actually been robust growth in the number reporting between $35,000 and $50,000 – while among men this cohort too is in significant decline.

So, the number of men earning $50k and up is up robustly but down significantly for those earning less than $50k.  Incidentally among the relatively rare group of young people earning over $100k/year – young men still significantly eclipse women.  Between 2004 and 2014 the number of men aged 25-44 earning $100k increased by over 5,000 while increasing only by 1,220 among women in the same age group. 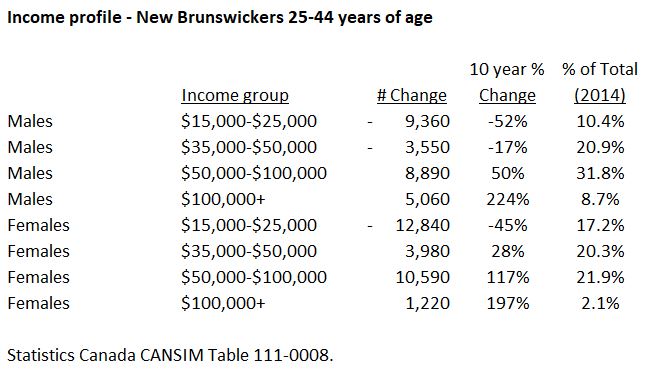 I’ll leave you with one last chart on this.  In the 1990s the number of university educated men and women aged 25-44 in the labour force was roughly equivalent.  In the last decade or so it has started to seriously decouple.  In this age group there are now 64% more women with university degrees in the labour market than men. 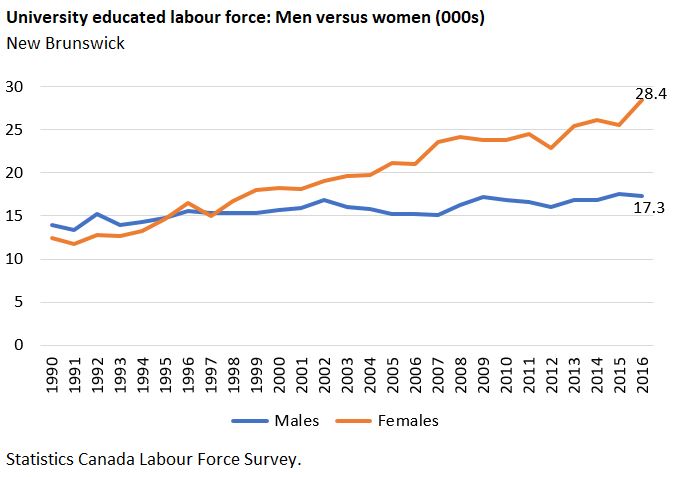