I have interesting conversations in my role here with GNB.  Lots of folks offer a wide variety of commentary on what government needs to do to get the economy moving in the right direction.

You will notice that eight of the top 25 sectors by employment are publicly funded industries.  You will further note that all but two of them offer well above wages.  We can have an argument about why this is the case but at the end of the day it is really hard to see how you will see any employment growth in those sectors without overall population and GDP growth.  Public services respond to growth in demand which should correlate to population growth over time (with adjustment for demographic trends).

You will also notice the 16,000+ high wage professional services jobs in New Brunswick – again mostly serving local demand in New Brunswick.  If the population is not growing, don’t expect the demand for lawyers and doctors and electricians to increase.

This bolsters my case for a big increase in the population under 40 in New Brunswick.  As I have argued many times before – while there are some chicken and egg challenges here at the end of the day 1,000 new families creates the demand for somewhere in the range of 900 new jobs – nurses, doctors, teachers, electricians, lawyers, etc. 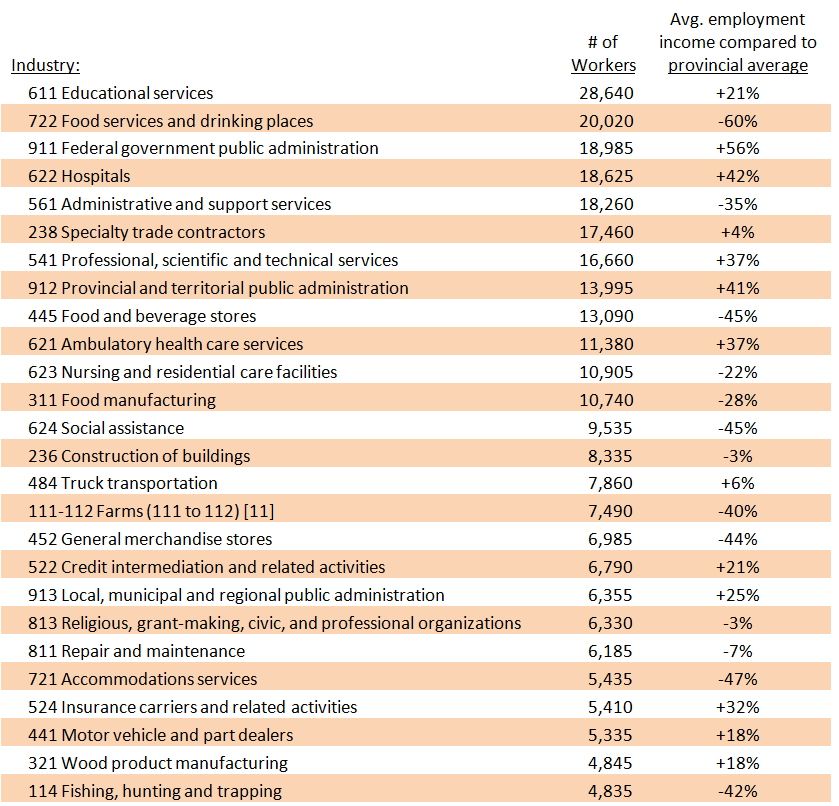 The other statistic that I wanted to share with you this morning is the average income taxes paid by age cohort in New Brunswick as this also bolsters my argument that we need to see a significant boost in the population under the age of 40 in New Brunswick.  The prime tax paying years for the average New Brunswicker are between the ages of 35-54.  The number of people employed in those age cohorts is dropping as well as in the cohorts that will be moving into those age brackets in the coming years.  We need to back fill the pipeline of younger workers that will provide the lion’s share of taxes in the years ahead. 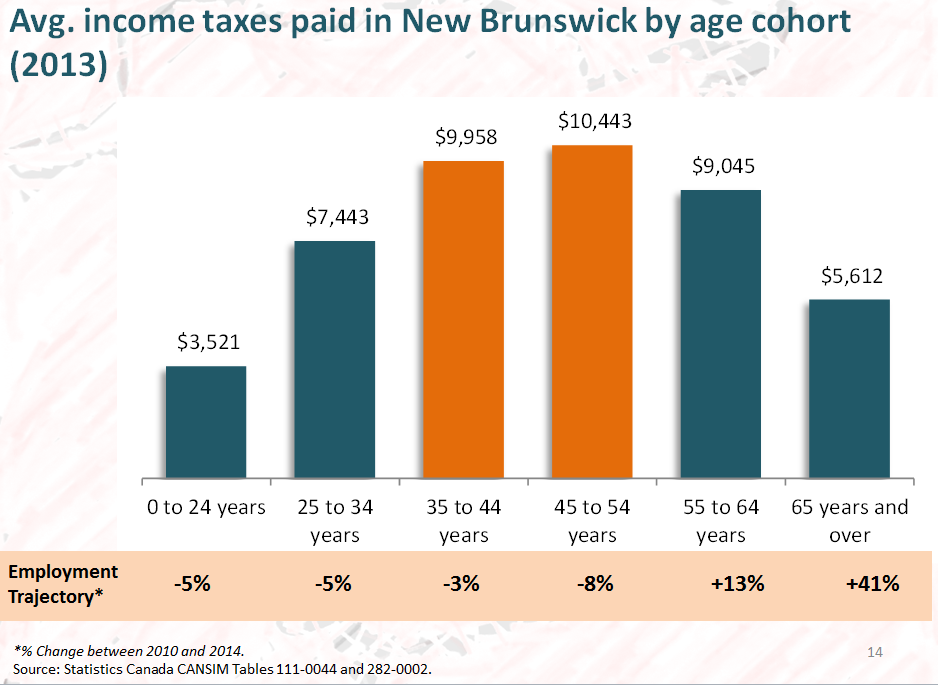