I see the province has retained Michael Horgan, who helped design the federal government’s budget deficit reduction strategy in the early 1990s, to assist in helping the NB government slay what they are now calling a $400 million ‘structural’ deficit.

Not to sound too Paul Krugman-esque but Horgan, Boudreau and Melanson need to remember it wasn’t all cuts that beat back the Canadian government’s deficit.  The Canadian economy grew, on average, four times faster from 1994 to 2000 than it did between 1989 and 1993.  Four times.  Federal government revenue growth went from negative in 1993 and 1994 to robust growth from 1995 to 2001.

For me it is still an open question if you can cut a $400 million structural deficit without at least a moderate level of GDP growth.  They are already talking about raising the HST, possibly tolls, etc. to increase revenue but that just takes money out of the private economy and doesn’t do anything to boost growth (some may say it will reduce growth).

Nova Scotia raised its HST by two points and is still running a fairly significant deficit. Average annual NS government revenue grew by only 1.21 percent between 2008-2009 and 2013-2014 according to RBC Economics – the worst growth rate among the ten provinces (but only slightly worse than NB’s 1.33 percent). Now, it is true there is a lot more going on in the NS economy – such as the decline in offshore royalties – but the general point that an HST rise didn’t fix the structural deficit  is still valid. 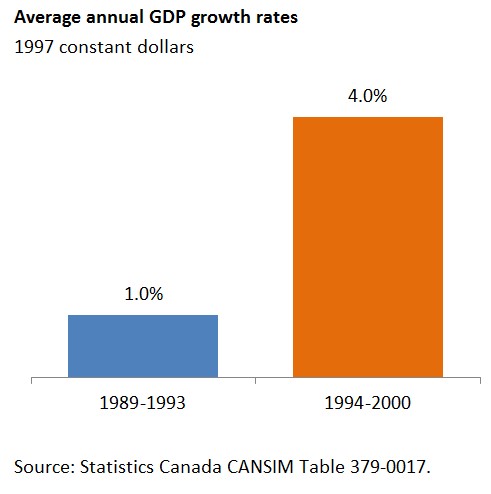 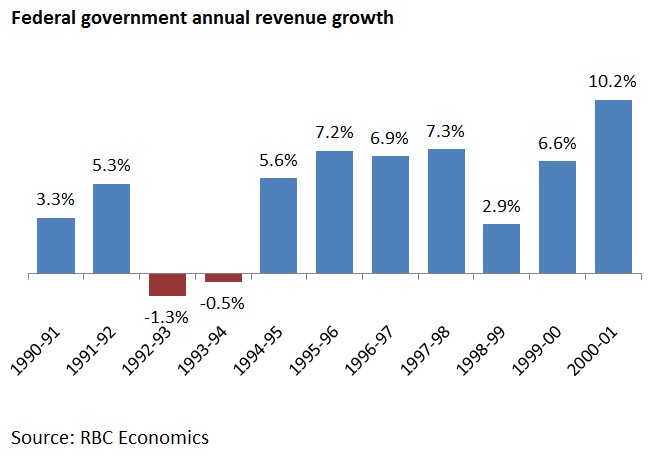 3 thoughts on “PS: Michael Horgan, don’t forget the other reason”