It must be frustrating to be working for the provincial government and trying to convince the federal government of the need for a step change in the number of immigrants to New Brunswick. They are haggling over “a few hundred more” of Canada’s 280,000 (or whatever the number is) when we really need is thousands more. 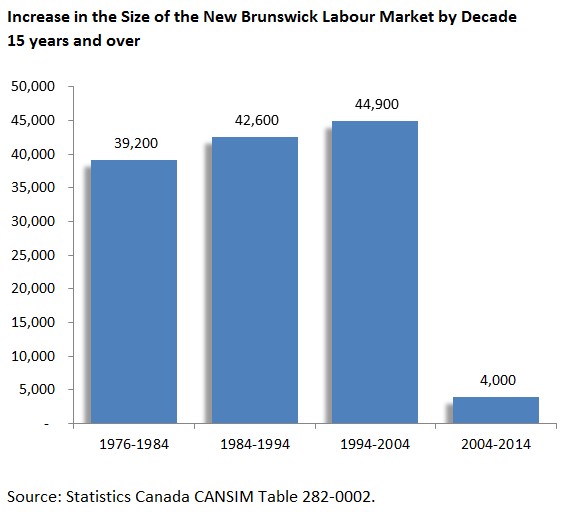 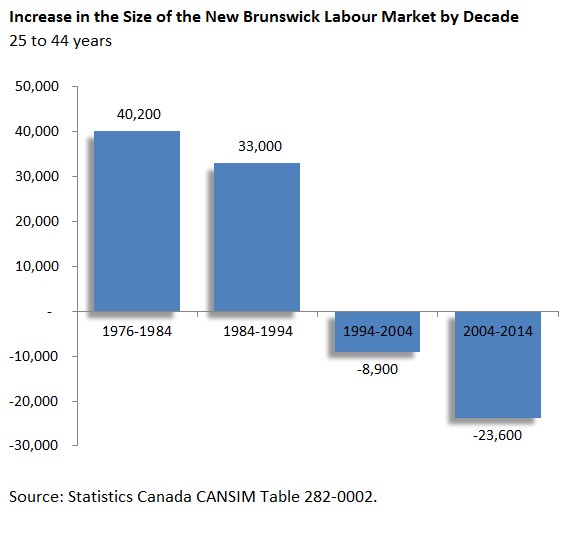 And just about everyone is focused on the short term mobility and unemployment data in New Brunswick.  We are missing the forest for the trees.  The expanding labour market in New Brunswick for decades drove at least a moderate employment and GDP growth rate.  Sure there was a surplus and those folks moved away to other provinces and beyond but net of that there were still tens of thousands more coming into the workforce  boosting export-oriented industries and local, consumer spending-based industries.

In my opinion, the provincial and federal government should look to foster labour market expansion by similar levels as past decades.  This would rebalance our demographic situation and allow for employment expansion, GDP growth and the boosting of tax revenues.

Sure we will continue to see some outward migration to other provinces but you could bake that into your planning.

I’m not suggesting this will be easy but unless we start talking about the forest, our focus on the trees will keep us locked in a long term period of economic stagnation.