If you want another reason why individual provinces need more flexibility around who they can bring in as temporary foreign workers (or immigrants) take a look at this Calgary Herald letter to the editor penned by Alexis Conrad, director general, Temporary Foreign Worker Program, Employment and Social Development Canada.

Conrad says the TFW program has led to a drag on wage growth in Alberta’s food services sector. This type of labour market ‘distortions’ is why the government had to make the changes to the program.

This proves my point to a tee.  In Alberta they are worried about low wage growth in the fast food sector. In New Brunswick I am worried about the very economic viability of many communities around the province.  If you design a program to address the former and it results in harming the latter – how’s that for good policy?

Now I know that all the think tanks are saying that if the government restricts TFWs in rural New Brunswick thousands of lazy, EI offenders will come out of the woodwork and rush into these manufacturing and processing jobs with gusto.  Or, like their counterparts in Alberta, the firms involved well jack up wages to attract them in.

It looks like many of them will downsize and may eventually close their NB operations – a fate that is unlikely in Lethbridge’s McDonald’s restaurant.

There is a lot of strange thinking around this file.  The only real solution, IMO, is to allow the provinces to determine what industries and workers are ‘strategic’ and allow them to bring in workers in support of their growth.  If the feds want to crack down on the burger flippers, fine.  But when they start to implement policies that hurt our export sectors such as manufacturing and tourism – that’s a problem.  I will remind the feds that immigrant workers are critical for manufacturing in places like Toronto, Vancouver and even Winnipeg – and I would wager the majority are earning below the median wage in these communities.  If you don’t want manufacturing workers coming to NB via the TFWP, then let them come in via PNP or some other stream. 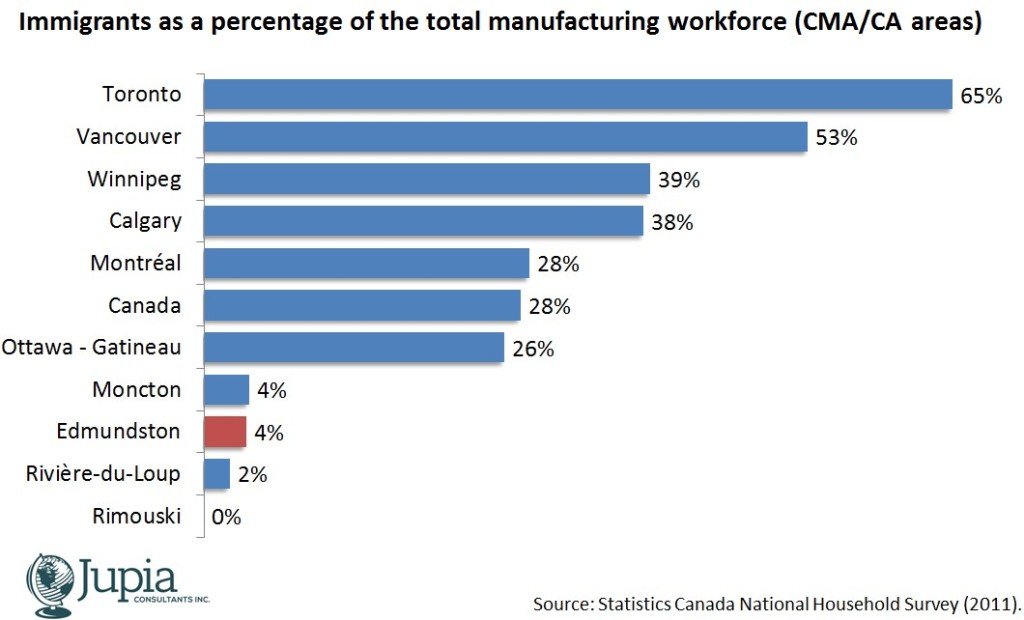