It may be a coincidence but it is an interesting one.  Statistics Canada has a chart showing the six fastest growing U.S. states and Canadian provinces and the six slowest growing (actually declining) by population.

Other than Nunavut, the five fastest are all oil and gas production jurisdictions (Alberta, Saskatchewan, North Dakota, Utah and Colorado) and the ones with the biggest decline in population are Maine, Nova Scotia, West Virginia, New Brunswick and Newfoundland and Labrador – all notably absent from oil and gas development with the huge exception of Newfoundland and Labrador.

The issue in NL is that the offshore fields require significant employment while they are being developed but little during production.  The Newfoundland and Labrador economy is still facing a lot of upheaval in other sectors and in many areas outside a few communities. 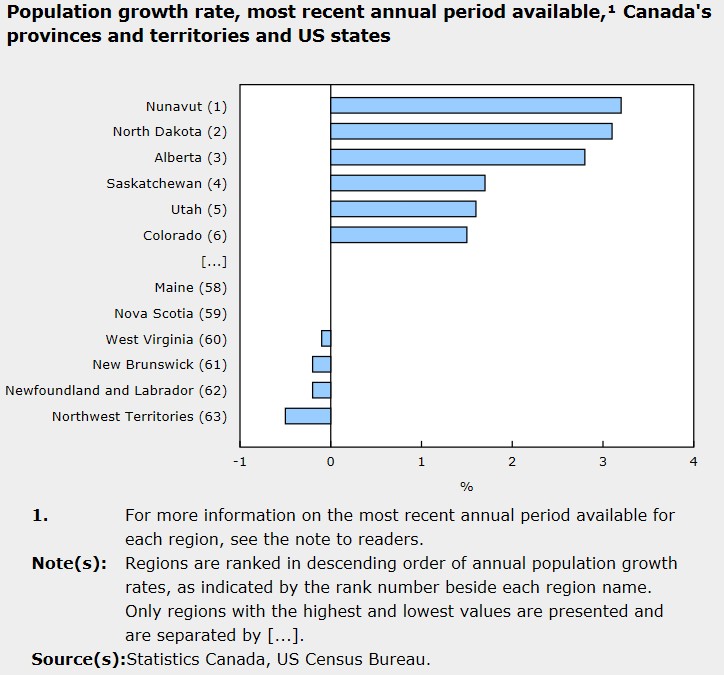