Dr. Michael Haan has been cranking out new data on the Census.  He sent me the following charts.  The first two are from the 2006 Census (the 2011 data on this will not be out for months).

The educational attainment level around the province is what we mostly expect but there are a few interesting spots.   St. Andrews, Plaster Rock (I think), Saint-Jacques, Coles Island area?, I don’t know the specific CSDs but there are pockets of above average education levels in interesting places. 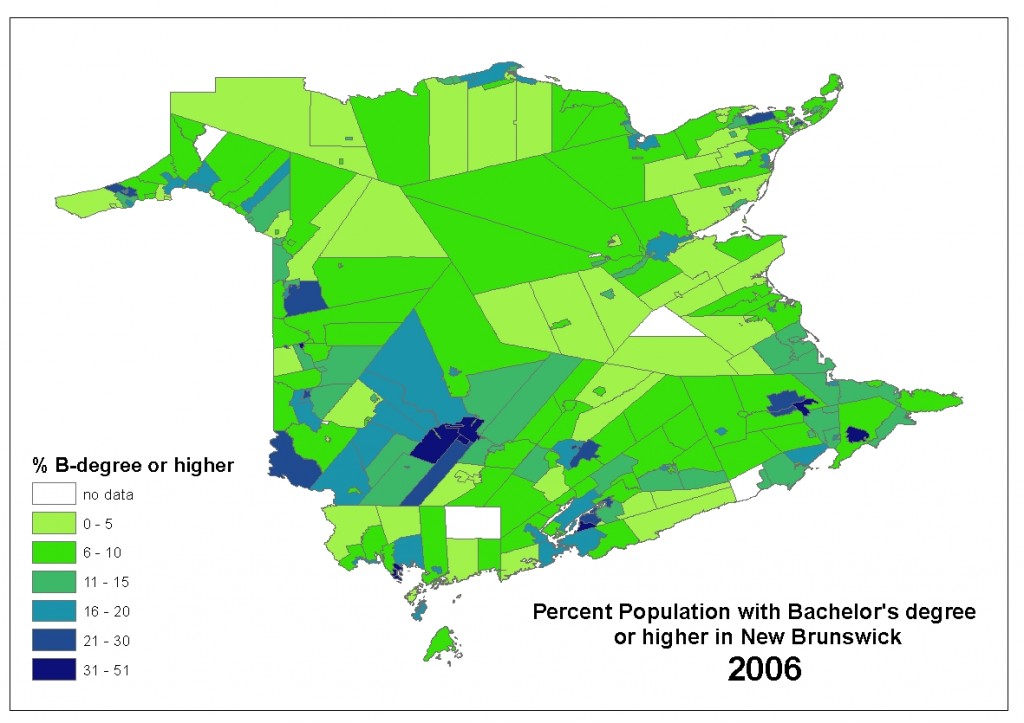 Same thing with immigration. Of course, 2011 is going to be very interesting because from 2007 onward we had significantly increased immigration.  Most of it, I think, is headed into the three southern urbans but the Census will tell.  In 2006, there were interesting pockets of immigration around the province. 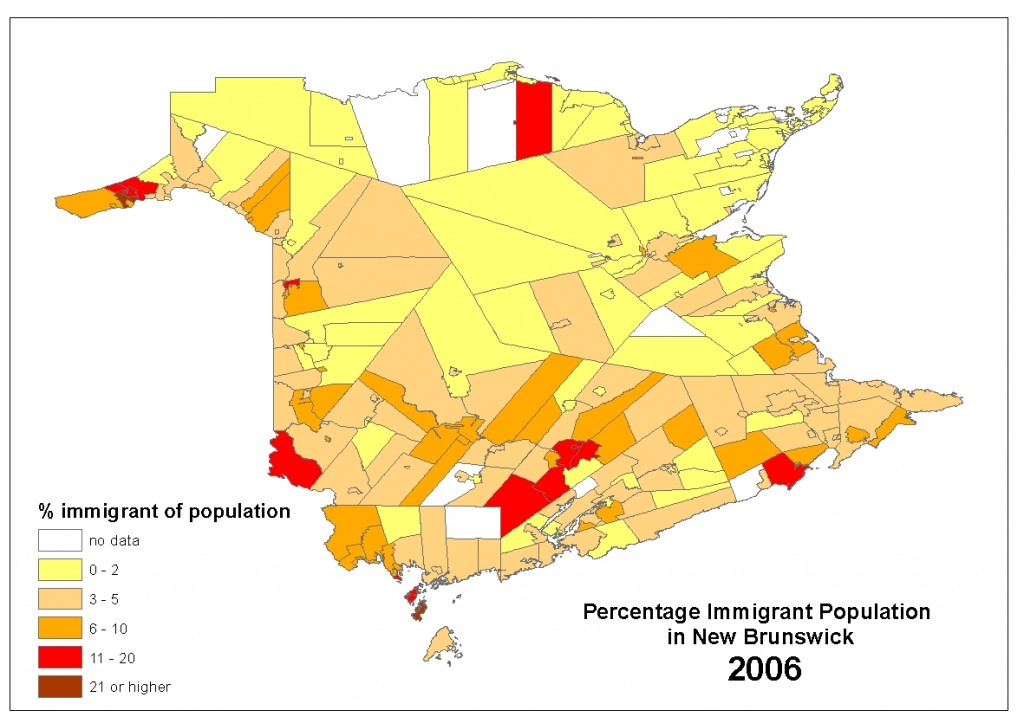 The last chart here is very interesting because it gives you the 20 year view of population change.  There are some obvious trends but some that are surprising.  As I have been saying much of the growth in Fredericton is around Fredericton (as well as in the City).  You have above average growth in the CSDs around the city (with the exception of the large and sparsely populated area to the northwest of the city (otherwise known as NB’s grow/op cluster). Even around Moncton there were a couple of CSDs with big population declines. 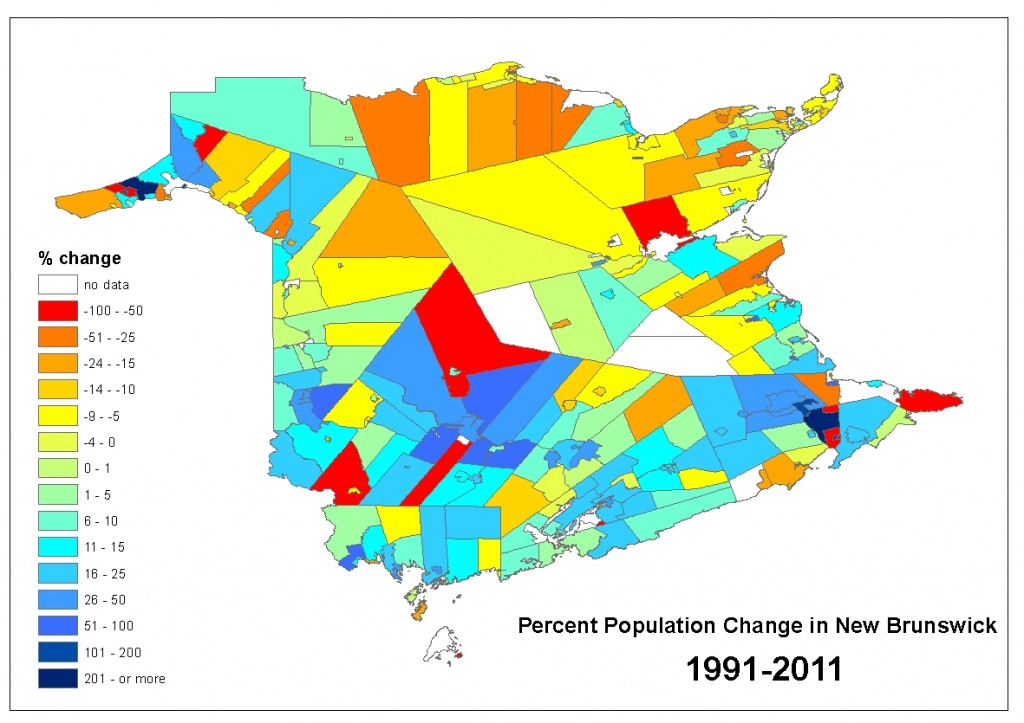