A long time commentator on this blog, Richard, thinks a few good charts are needed to tell the economic story of NB.  To oblige, have a look at the following two charts.  The first shows total employment growth in New Brunswick from 2000 to 2010.  You can see that in 2010, total employment was less than it was in 2007.  The year end 2011 data is not in just yet but we will be down again in 2011.  Five years with no net new employment.  Across Canada, total employment is up by more than 300,000 people since 2007.

The second chart, shows total employment just among those aged 20-29 in New Brunswick.  Employment in that demographic is actually been dropping since it peaked in 2002.  Again I don’t know the 2011 numbers yet but they are likely to be down again.   Across Canada, employment in this demographic is up by seven percent in the past decade. 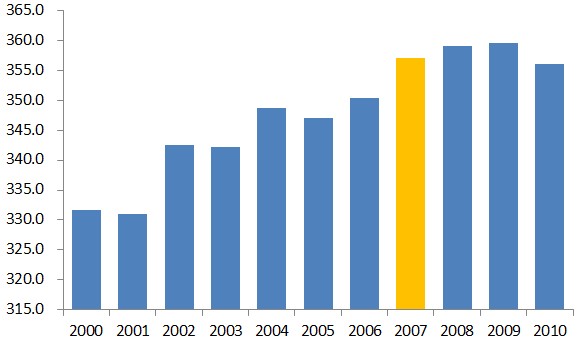 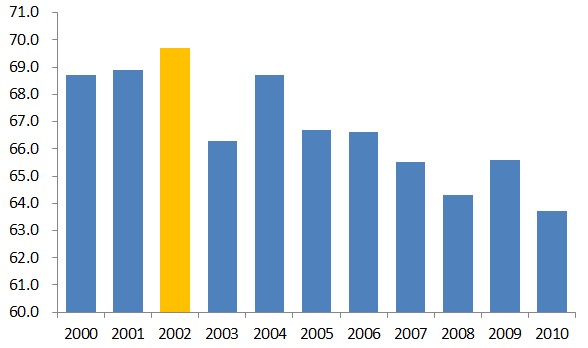