-New Brunswick’s wage environment has been remarkably stable – the wage spread between NB and Canada in 2011 across multiple sectors was similar to 2002.

-The only provinces to lose ground in a significant way were Ontario, Quebec and surprisingly BC.  NS dropped slightly  as well.

-Public sectors in Ontario – public administration, education and health care have widening their wage spread with the rest of Canada (but not by a wide margin) since 2002.

-Manufacturing wages in Ontario – relative to the national average – have been declining steadily since 2004. 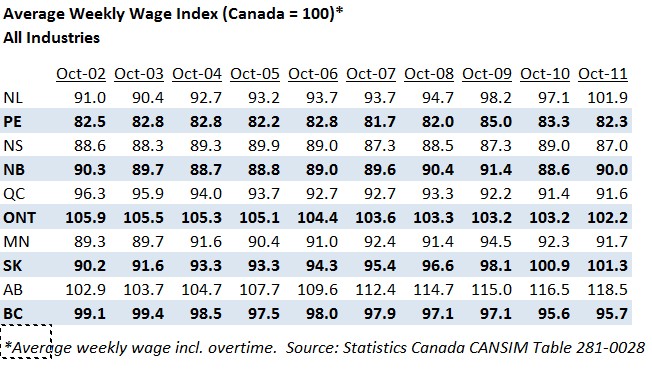 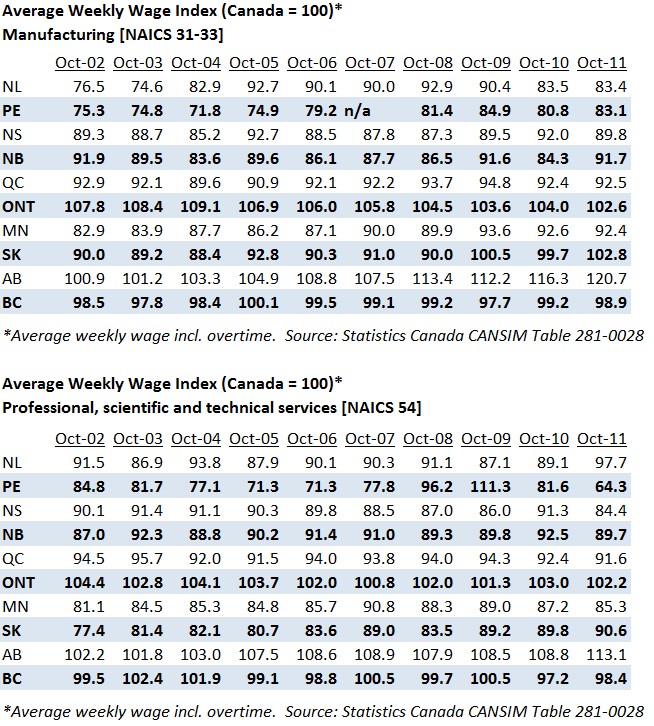 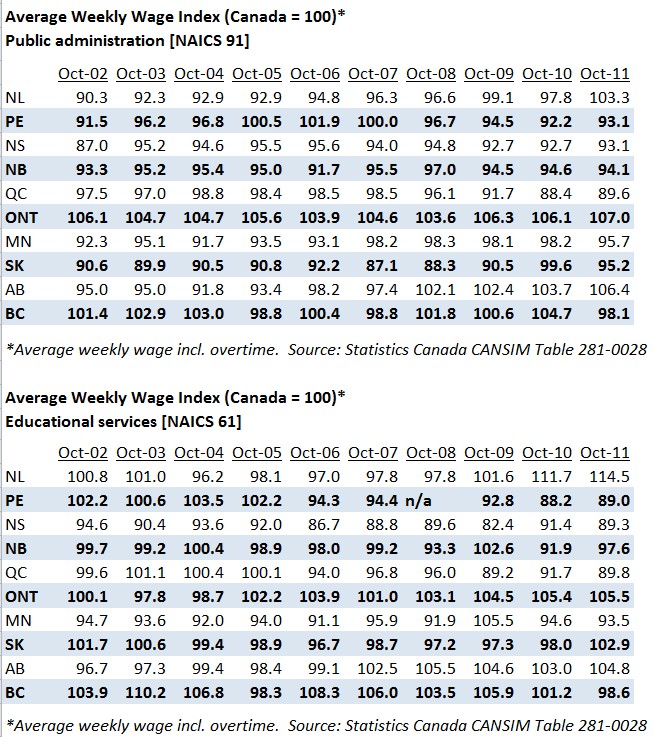 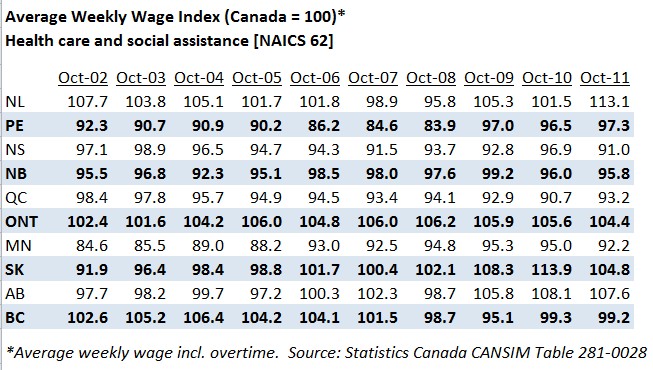