The following charts show the growth in total employment across Canada by urban and rural locations.  The rural fringe category includes rural areas inside a CMA or CA area.  Small towns are outside the CMA or CA areas and the rural areas are not small towns nor inside CMAs or CAs.

As normally the case in Canada, there is a wide variation in employment growth depending on your location.  Saskatchewan has led total employment growth 2006-2010 while NB pulled up the rear.  In CMA and CA areas, NL actually saw a decline – I didn’t check but I suspect much of that is in the CAs outside St. John’s.

For the most part, rural areas inside CMAs and CAs are doing well – double the national growth rate in employment from 2006 to 2010 but again there are swings by province.  Saskatchewan – which has the fastest employment growth in the country since 2006, actually saw a decline in rural fringe employment during the period (but strong growth in rural employment outside CMAs/CAs – probably related to the mining and oil/gas projects).

Rural areas not near an urban centre and not small towns (the last category below) were the only areas that saw a small employment decline from 2006 to 2010. 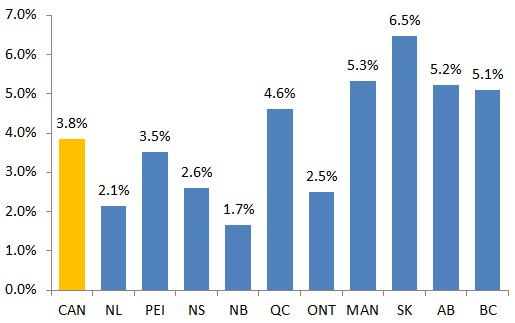 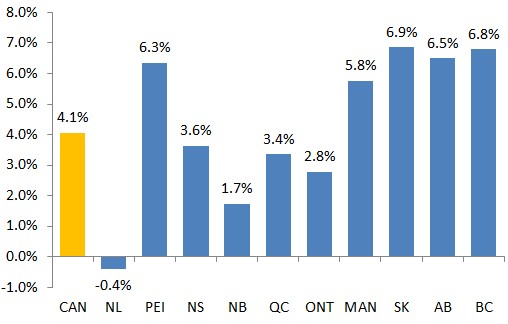 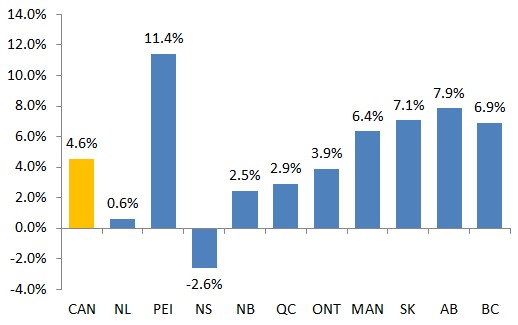 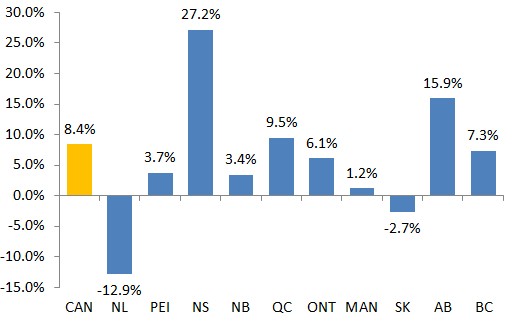 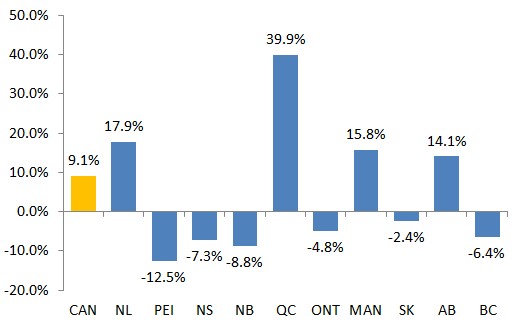 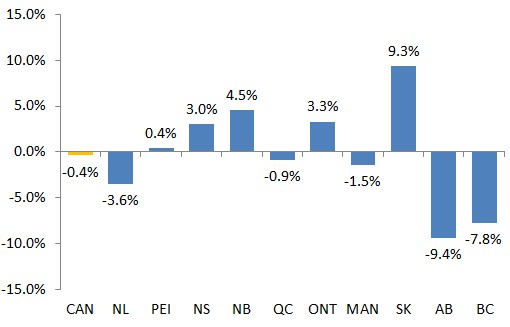