As 2011 winds down, I took a look at some of the changes occurring in the national economy.   We are through the latest recession and into a growth curve – albeit a tenuous one.   Exports are up, employment is up, government revenue is starting to grow at a stronger clip.  There are certainly risks – particularly Europe – but as of now Canada is moving into a new economic reality.

This new reality is one that is heavily reliant on non-renewable natural resources revenue.    We are starting to see a Canadian version of Dutch disease emerging where resource sectors boom while manufacturing declines.

This structural change in our exports profile will have an impact on many areas of society – foremost will be government revenue.  Those provinces with lots of non-renewable natural resources to exploit are well positioned, those without are not so. 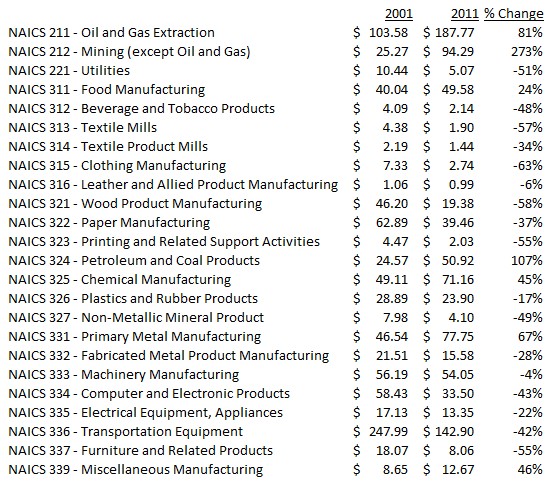 Employment by Sector (per 1,000 total Employed)*