I’ve been thinking a lot lately about how we can effectively assess environmental risk with something like shale gas development.  The approach of picking a few people that have had problems (such as the U.S. mayor and the lady from Alberta who is suing the government) and bringing them to New Brunswick to warn of the risks of natural gas development doesn’t seem that rigorous given there are millions of people living in close proximity to the industry’s development in Texas, PA, Alberta, etc.  Even the notion of bringing up one of the most vocal academic opponents of the oil and gas industry to speak as an unbiased, ‘reliable’ source (I must have received a half dozen emails form folks saying he was unbiased and reliable), doesn’t seem particularly robust.  These people have a point of view.  It is important to get this stuff on the table but it certainly represents a pretty one-sided view.

One of the problems – and I find this worrying- is that many people seem to ignore government scientists and environmentalists.  Every state where the shale gas industry is under development is advised by internal and external expertise and I would find it easy to believe that one state/provincial government was blinded – but all of them?  Even NY now is moving towards lifting its ban on shale gas development.

I suspect that this will get a negative reaction but I have met a lot of government scientists in my day and for the most part I find them very credible.  They may on occasion be influenced by politics but to say that academic researchers or private citizens do not have vested interests would be crazy.

Anyway,  all that to say someone sent me a very interesting study on how scientists conducted a risk assessment on a type of oyster aquaculture in New Brunswick.  This is a tricky industry as well.  There are many opponents and many supporters and DFO scientists seem to do a robust job of laying out the issue, evaluating the current research and then drawing conclusions.  I particularly liked their risk assessment matrix. 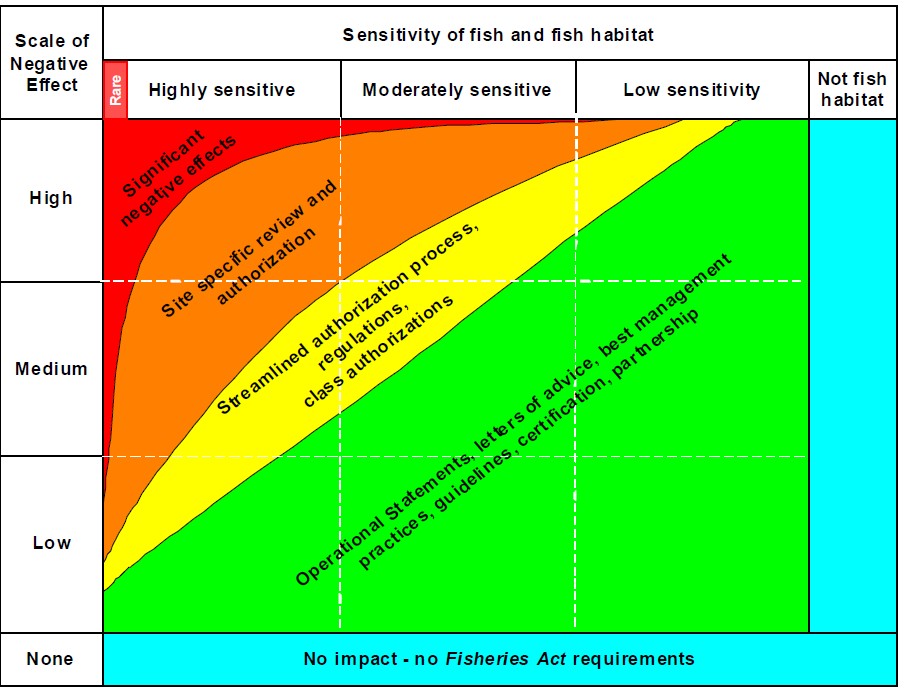 1 thought on “Aquaculture: An instructive example”