After describing my column as ‘a load of manure’, one of the commentators on my Economy Lab post today suggested that the Maritimes need more jobs in the $35,000-$60,000 range and not more in the $100,000 and up range.   I guess this is one point of view but if your objective is to become economically self-sufficient as a region, I don’t see how the numbers would work.    The following table shows the income taxes paid distribution in New Brunswick.   My manure-loving friend wants to create a lot of jobs in the second and third quintiles.  Again, not a bad thing but if you really want to drive tax revenue we need to see a little more job creation at the higher end of the distribution.  The fourth and highest income quintiles, even though they represent a fraction of total income earners, pay 84 percent of total income taxes in New Brunswick.

I know people don’t like the word ‘greed’  – it is a term with a very negative connotation – but if we understand where tax revenue is generated and if we want to keep taxes low on those in the lower and middle bands – we need to get more folks at the higher end.

It is certainly true that folks earning higher incomes have a range of tax avoidance opportunities but in the end they still get large tax bills. 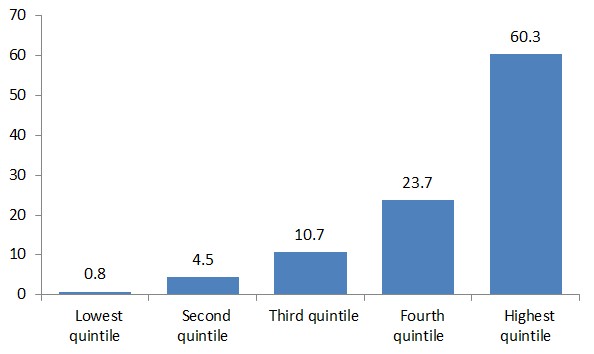 1 thought on “The smell of greed”