The following data provides a little insight into the demographic tsunami.  I have tried to show this in different ways to illustrate the point.

The second table compares the number of person collecting the child tax benefit compared to those collecting CPP – just between 2000 and 2009 (a relatively short period of time).  In Atlantic Canada we are approaching the point where we will have two persons on CPP for every one person collecting CTB.

All the data is based on Statistics Canada tables. 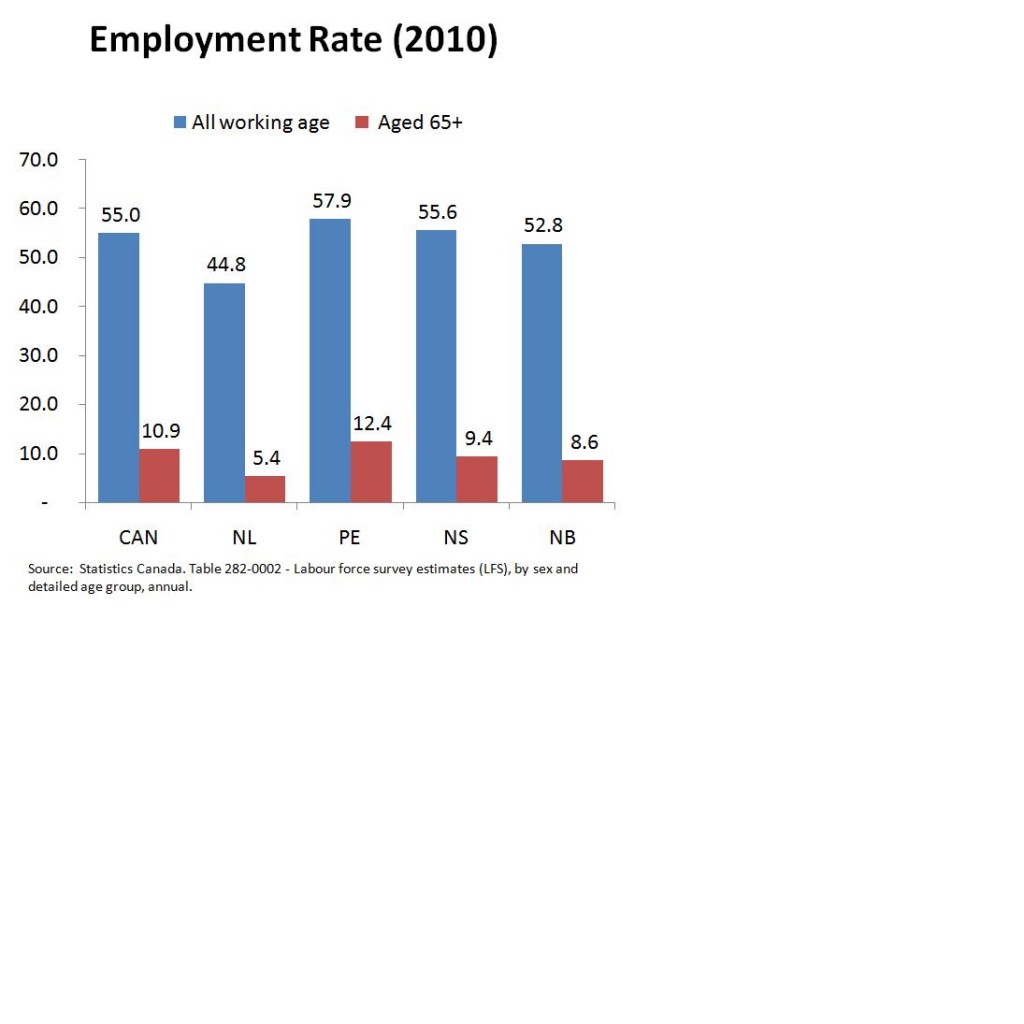 1 thought on “The demographic tsunami”