The Globe & Mail has a story today heralding the micro-business culture in Victoria, BC.   It claims that 75% of companies in that community have four or fewer employees.  I am not sure where that data comes from.  I have the Canadian Business Patterns CD which shows a much lower percentage for Victoria but they may be scrubbing the data in a different way (for example my charts below are based on establishment data and include the public sector).

Based on establishment data published by Statistics Canada, West Vancouver has the highest percentage of micro-businesses (among communities with at least 500 businesses).  BC and Alberta dominate the list.  On the flip side, Quebec has the most communities at the lower end of the scale.

On a provincial basis, Alberta and BC have the highest concentration of micro-businesses while Manitoba and Quebec have the least.

As with all data, this stuff can get tricky.  To be an ‘establishment’ you have to be submitting payroll data to CRA.    I don’t believe that a lot of self-employed persons would get picked up in this calculation (those that say on the Labour Force Survey they are self-employed and have no paid help).    However, Alberta and BC lead the way in that category as well. 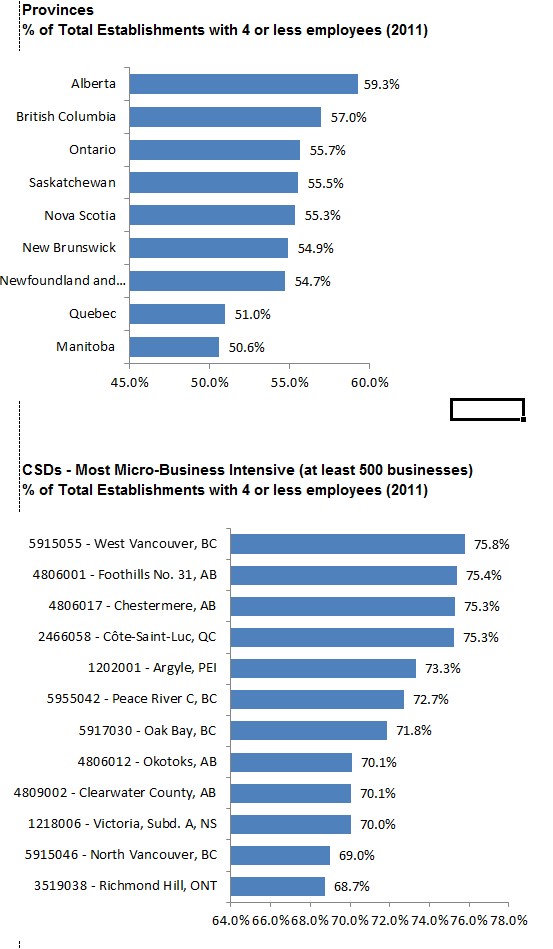 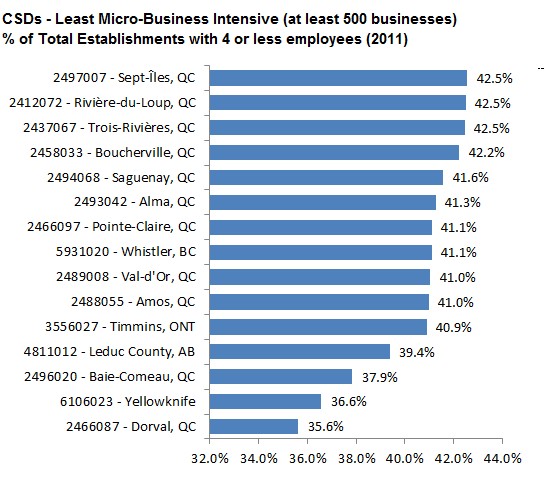