I see the CFIB is crying foul over the government’s new way to lower the cost of large industrial customers by allowing them to sell renewable power back into the grid at a good rate (hydro, co-gen, etc.).  This seems reasonable to me as they (the government) are quick to pay up to 14 cents/kwh for take-or-pay wind power so why not pay a good rate for other renewable energy that actually creates good paying jobs in the province?

The CFIB is a bit of a strange beast to me.  They have to be among the best resourced organizations I have seen.  They have talented people in every province.  They do detailed economic analysis.  They are constantly polling their membership.  Their workers are talented and articulate.

But they seem to miss some very obvious points.

It is true they are advocates for small business.  I get that.  But ignoring the link between big and small business (i.e. advocating policies that hurt the big guys) is like biting off your hand to spite your foot.

Of course electricity rates were not the only reason why UPM exited New Brunswick (they still have forest products operations in countries around the world).  There were other concerns about long term wood supply and the obvious market conditions.  However, electricity rates were one of the main reasons cited by the firm.

The CFIB may be betting that firms like Twin River, AV, Irving, etc. will buck up and swallow the high electricity rates.   In other words, a kind of Russian roulette with energy as the gun.

I don’t like playing games – deadly games – with important industries.

I wonder what the CFIB’s position was on wind energy?  Is it okay to give lucrative, long term take-or-pay contracts for renewable wind energy – with virtually no economic activity – but a crime to give good rates for renewable co-gen and hydro from companies with thousands of employees – mostly  in rural NB?

By the way, last point – when NewPage closed and NS Power lost its largest customer – the utility said rates for everyone else would have to go up.  Just another bullet in that gun. 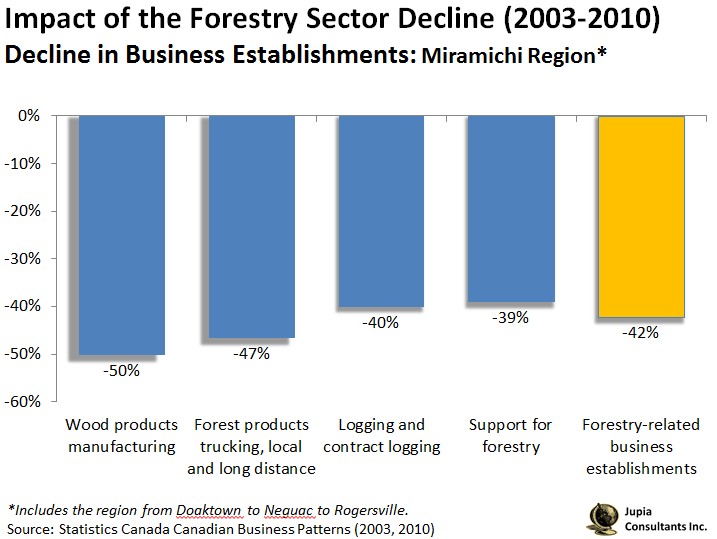