Here’s another angle on the wealth creation issue.  We are fond of saying we earn less here but we pay less too (for example on housing).  However, when you adjust for these things, the average New Brunswick household has considerably less money in their pocket to spend compared to the average Canadian.

This is a major source of our need for equalization payments.    To get to the national average, we would need to add about $13,000 to household income each year.   Assuming a marginal tax rate on that incremental income of around 16 percent, that would add more than $2,000 to the average household tax bill.  NB’s share would be around $1,000.   So, that would add nearly $300 million per year in NB income tax.  In addition, it would add nearly another $200 million in HST to the provincial coffers.    In addition, there would be multiplier effects. 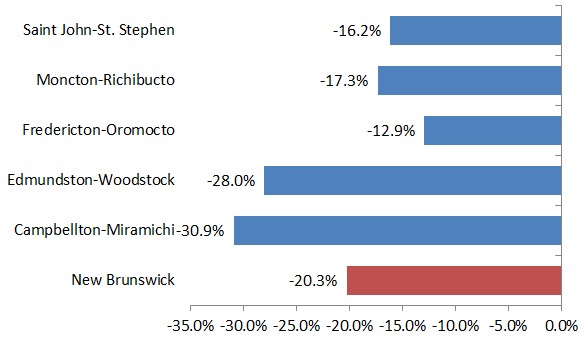 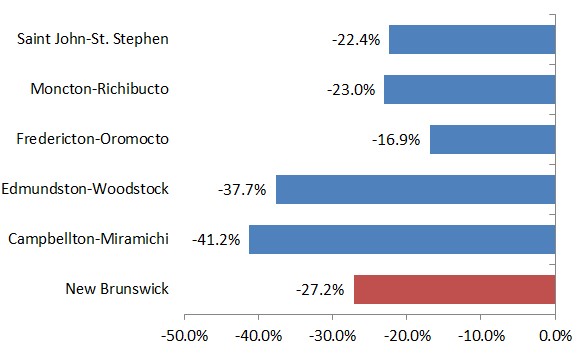