I see in the latest Statistics Canada survey of payroll, earnings and hours that NB had the second largest year over year growth in avg. weekly wages.  This is after significantly underperforming the average growth rate last year (NB had the worst avg. earnings growth among the 10 provinces).  From 2009 to 2010, average weekly wages grew by only 1.4% in NB (less than inflation) compared to 3.6% across Canada. 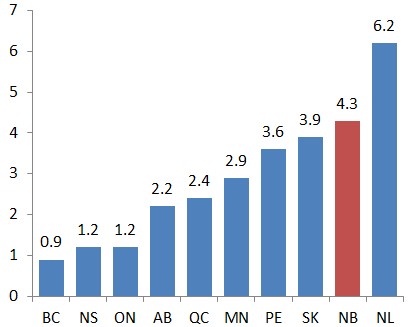 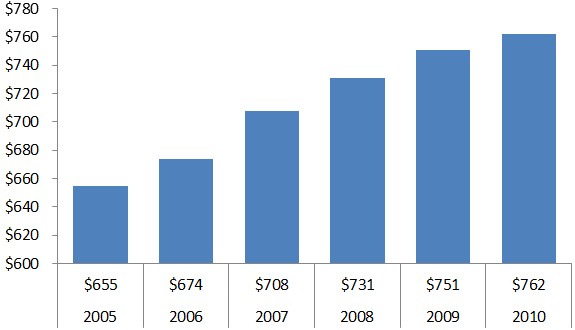 Since 2001, NB average weekly earnings growth outpaced the Canadian average every year except 2003, 2004 and 2009.  The wage gap has not narrowed much over that time due to the steep difference last year.  We are still running about 11% below the national average (all workers, including overtime). 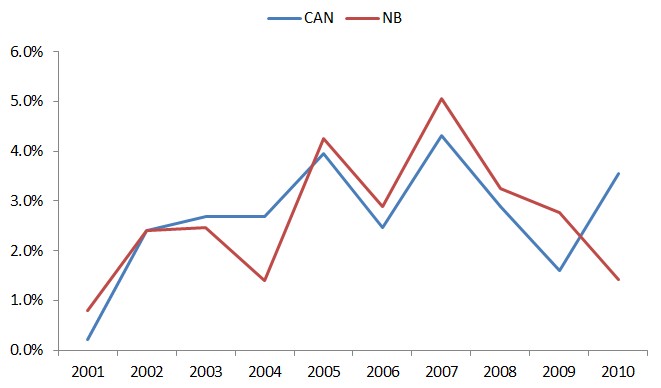 I also checked to see if we are working more and it turns out we are not.  On average, in 2001, we worked 31.1 hours per week (those working full time and part time, including overtime).  By 2010 we were working 31.5 hours per week.   Average weekly hours in the construction sector are up strongly as are hours in the financial services sector.

Despite the dip in wage growth from 2009 to 2010, the trend is decidedly upward which is a good thing for New Brunswick but it means employers will need to be more efficient and productive to absorb wage increases.