I have a long standing debate with a colleague on the role of EI and economic development in New Brunswick.  I am not going to get into the meat and potatoes of our debate.  Suffice it to say that I think seasonal EI, no matter how well intended, is having unintended consequences.

How can New Brunswick have a low employment rate, a relatively high unemployment rate and at the same time many employers around the province can’t find workers – particularly in the $9 – $11/hour range?

There are over 100,000 New Brunswick that reported EI income in 2009 – a number that has hardly budged in a decade.  As a percentage of persons reporting employment income, over one in four New Brunswickers collect EI each year – again rate that has only slightly dipped in a decade.   This is actually an understatement as there is a significant percentage of folks that are not eligible to collect EI that earn employment income (they don’t pay in or they earn too much) – 64 percent higher than the national level.  Take that group out and more than one out of three NBers collects EI during the year.

I think public policy should be geared to getting people off dependence on EI.  It is a significant cost to the rest of the taxpayers.   In New Brunswick, over $830 million was paid out in 2009 alone and over $6.7 billion from 200-2009.

I can’t tell you the breakdown between the amount of EI going to folks that lost their job and were in transition to a new job versus those that collect every year.  I am not even sure those statistics exist or are published.  But even if we assume that half the amount is what you might term ‘legitimate’ employment insurance (i.e. insurance when you lose your job), that still means over $400 million each year to supplement the salaries of season workers and over $3.3 billion over 10 years.

We need to encourage work.  It would be good for the productivity of the province.  It would free up hundreds of millions of tax dollars for use elsewhere and, it should, help foster a more positive business investment climate in the province.  If I had a nickel for every time a business owner told me a story about people quitting to go on ‘pogey’, I’d be a rich man.

Now, of course, we have the income conundrum I spoke about in a recent post.  For many people collecting seasonal EI, the economic incentive to work year round or to work two or more seasonal jobs instead of collecting EI is marginal.  So we have set up this trap where for 30k? 40k? 50k? of the population, it is more lucrative for them to work partially during the year and collect an EI cheque than to work year round.

And that is something I don’t have an answer for. 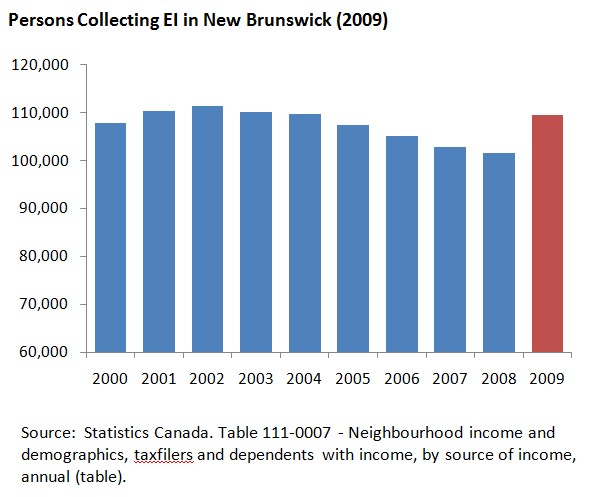 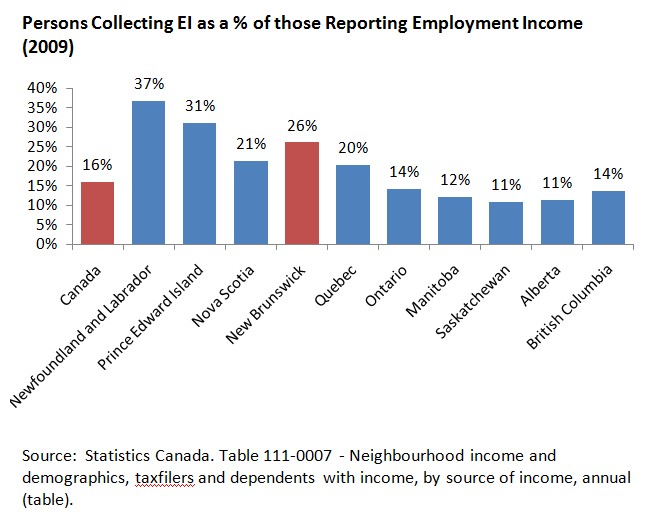 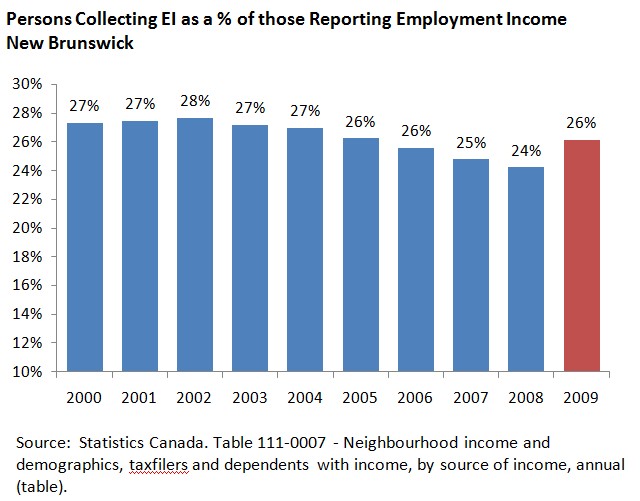