Long time readers will remember that I dislike the way that politicans and governments use the Labour Force Survey data to spin their story.  Just by using a few tricks, you can show a better or worse job creation record – and most times no journalist will push back.

One of the most traditional is to compare a low month for employment in a reference year to a high month.  For example, comparing October 2009 to April of 2009 (even with the seasonally adjusted #s) would show a 5,300 job creation in just six months.  No, actually, you just took advantage of the seasonality of the workforce.

The only numbers that matter are the annualized employment numbers or, secondarily, you can compare year over year. 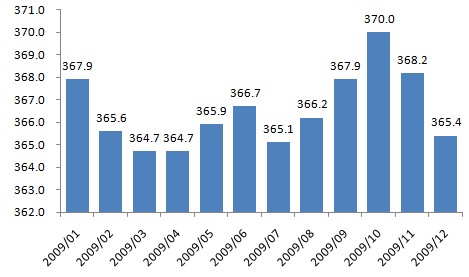