My wife was helping me purge some old boxes just this week and we came across a document I wrote in 1996 just before I left the Department of Economic Development and Tourism called “New Brunswick, Canada: More than a Location…  …A Solution!”  And, yes, the exclamation mark was there.

This document was 97 pages long and had detailed charts and graphs about every possible business cost, labour market issue, quality of life – I have to admit while some of the language is cheesy – I was a pretty young guy to write such stuff.  Anyway, this type of document was given out by the department to make the case for New Brunswick. Some day I’ll upload the whole 97 pages for posterity.

Flipping through this thing I came across the section on electricty – I have scanned these pages for your review.  In 1994, NB Power was promoting industrial power rates (for small users) that were lower than Quebec and Newfoundland.   In the first KPMG comparative cost model in 1994, New Brunswick’s power rates for manufacturing were lower than the vast majority of North American locations in the study.  Now they are in the top quartile.  The chart below the pages from my document shows the most recent electricity costs from the KMPG study in 2008.  I realize that some of the margin between the 1994 and 2008 figures is related to currency conversion but the bottom line was that in the early 1990s your’s truly was out there pitching NB Power as having one of the lowest rate structures in North America and now I have to pick through and compare us to New Hampshire or Prince Edward Island and the few locations that are higher cost.  This should be food for thought folks.

PS – notice the glowing language I wrote around NB Power – even using the “self-sufficient” terminology over a decade before it became a buzzword in NB. 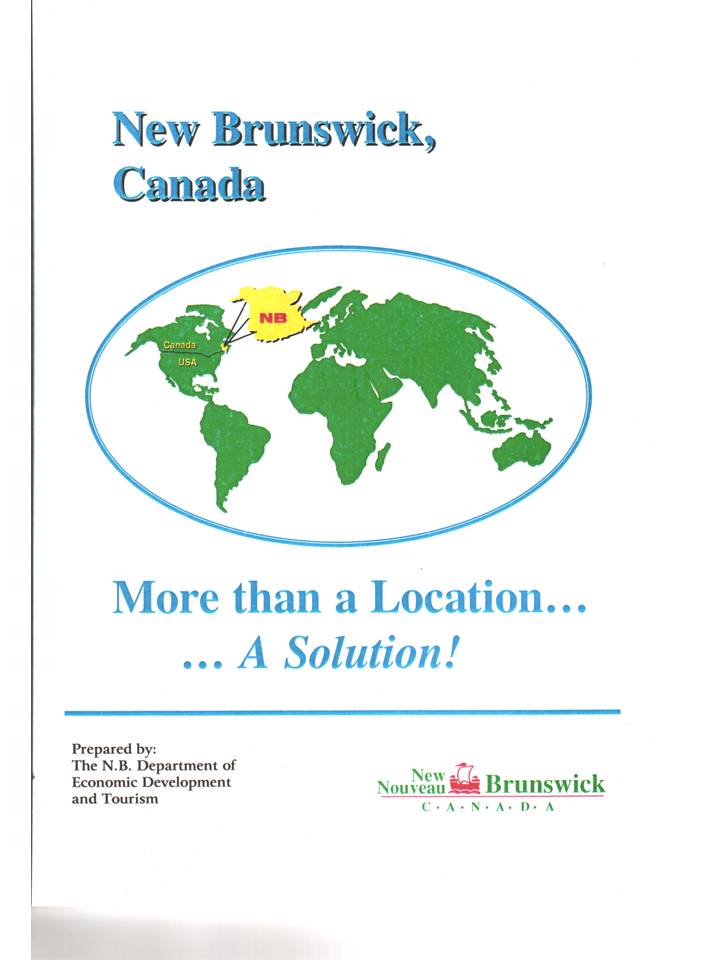 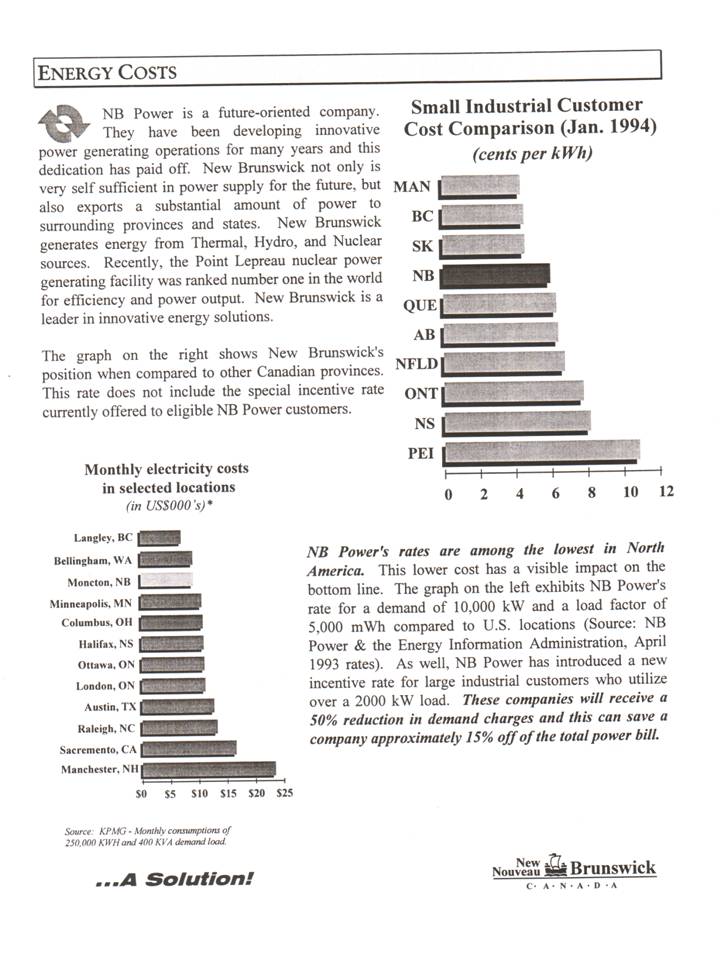