CBC is quoting APEC’s Elizabeth Beale suggesting that the NB Power deal is supporting a small group of large companies with limited growth potential.  Maybe so but when I go through the top 20 export industries from New Brunswick making up 94% of the value of all exports – 15 of them are electricity-intensive industries.

My column this morning in the TJ argues there is no reason to believe our industrial backbone is in some kind of sunset stage.  It’s a cute and convenient term but not really relevant.

I realize it is titillating to use this argument to stir up anger against the deal but just so we all deal with facts – in all jursidictions in the world large industrial users pay considerably lower than commercial or residential users. 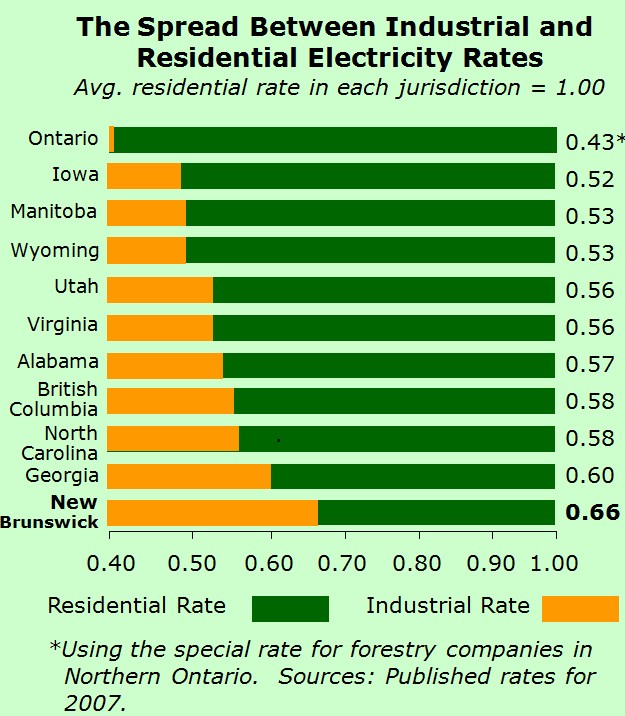 As for Elizabeth Beale, she and her group have been on the record numerous times warning that high cost electricity is threatening the future of the forestry industry in the Maritimes.  Here  is a table from a report published by APEC in 2007.  You won’t hear about this on the CBC. 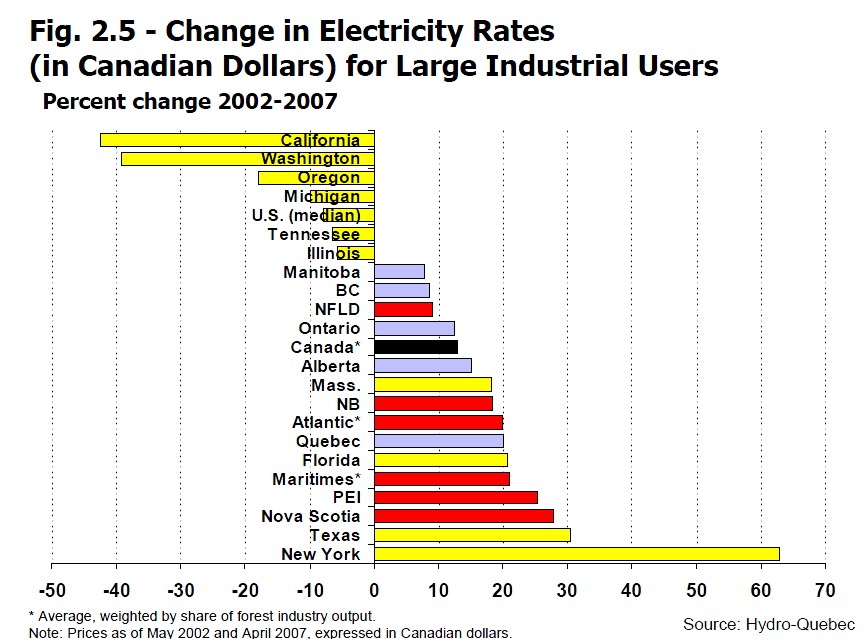 And this is from that same report:

“Sustained increases in electricity costs for large industrial users, principally driven by the region’s reliance on oil fired power generation, putting Atlantic forest companies at a cost disadvantage compared to those in many other jurisdictions”

So the HQ deal levels the power cost playing field for New Brunswick and eliminates New Brunswick’s long term reliance on oil fired power generation.  Just like Beale wants.   But she doesn’t like it?  Why? Again you won’t hear this on the CBC but the only reason must be because Nova Scotia is not in the deal.

I say bring them in.