Government expenditures on culture, by province or territory and level of government, 2006/2007 (Per Capita) 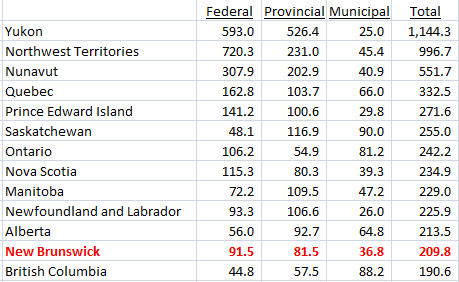